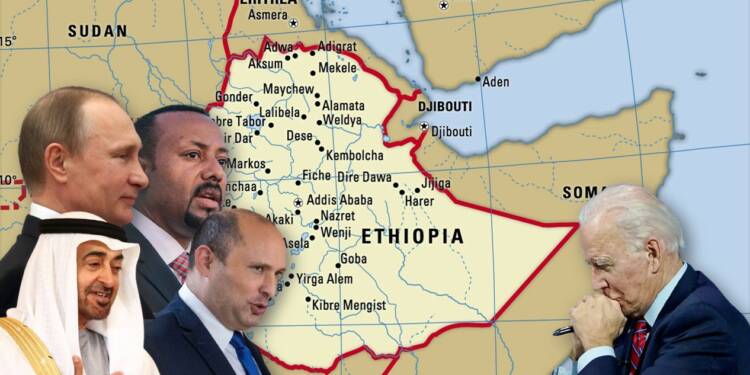 The Biden administration followed its textbook approach to save its nose-diving influence in the Horn of Africa. It supported Tigray People’s Liberation Front’s anti-government insurgency and in return expected to regain influence in the strategically important region. However, all these efforts to destabilize Ethiopia and create a puppet government in the most populous country of the region have backfired. Now Addis Ababa is preparing for the end game scenario for the Tigray insurgents.

As per reports, a top military official claimed late Friday that Ethiopia’s military is planning to enter the Tigray regional capital of Mekelle and “eliminate” rebellious forces, amid diplomatic efforts to end the conflict in the country’s north. The country has been engulfed in warfare for more than a year, with the federal military and its allies fighting separatist forces in the Tigray region.

However, all this while, the saving grace has been the constant support to the elected government of Ethiopia from countries like the UAE, Israel, and Russia. Backed by this support, the Abiy Ahmed led government has made up its mind to annihilate Biden backed TPLF.

TPLF retreat and a window of opportunity

Back in December, the unprecedented offensive of the Ethiopian forces against the invading militant forces had forced the TPLF to stop fighting and retreat into their stronghold. Tigrayan forces fighting the central government said that they have withdrawn from neighbouring regions in northern Ethiopia. Getachew Reda, a spokesman for the TPLF, said the Tigrayan troops were pulling out of Amhara and Afar. Defeated by Ethiopia, TPLF also said, “We are not interested in taking over the province of Afar. We are not interested in squeezing a hard bargain in Addis Ababa.”

However, anyone who read the TPLF’s list of demands can easily understand that it was just a tactical retreat to reinforce its resources and manpower. The demands include a no-fly zone for hostile aircraft over Tigray, imposing arms embargoes on Ethiopia and its ally Eritrea, and a UN mechanism to verify that external armed forces had withdrawn from Tigray.

The Ethiopian government is also aware of this tactic and as a result, it has decided to not let TPLF get any moment to strengthen its hold in Tigray.  Late Friday, Ethiopian Defence Forces (EDF) deputy army chief General Abebaw Tadesse declared the country would not be at peace until the TPLF was defeated in an interview with state-run media source Fana.

He said, “Tigray is part of Ethiopia and no force will stop us from entering. We will enter and we will eliminate the enemy. There shouldn’t be any confusion about this.”

The United Arab Emirates along with Russia and Israel have played a pivotal role in the recent conflict in Ethiopia. The UAE and Israel stood at loggerheads with the United States, which wanted to let the African nation burn. But Abu Dhabi insisted that the conflict be fought decisively and that the TPLF be defeated. To that end, it provided Ethiopia with armed drones, which went on to become the single most important reason for Tigrayan forces to retreat with their tails between their legs.

Also read: Eritrea is what Biden really wants, Ethiopia is just a pit-stop

In this regard, Russia and Israel are not only providing diplomatic support to UAE’s efforts in Ethiopia, but they are also providing weapons and humanitarian assistance to the country’s government. Since last year, Russia has supplied strategic weapons as a potential defence against any strikes on the Grand Ethiopian Renaissance Dam (GERD) and to aid government forces in Tigray.

Given such impetus from the likes of Russia, Israel and the UAE, the Ethiopian government is confident in its ability to completely annihilate Biden-backed TPLF. With this, Joe Biden will also lose its tools to regain influence in Ethiopia, its ally Eritrea, and the whole Horn of Africa.