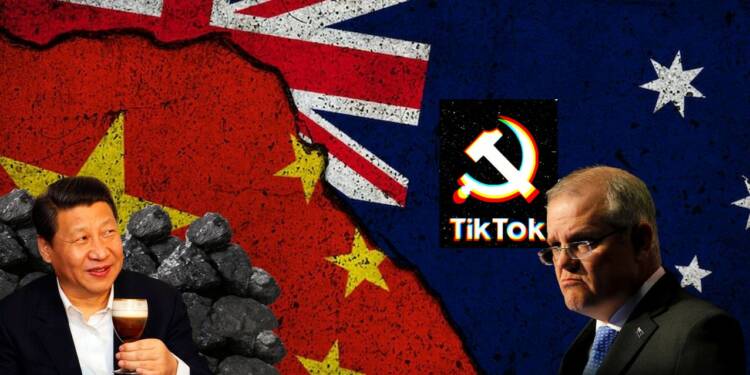 The election campaigns are about to begin in Australia as the country will be going to the elections this year. The most important point to be noted during this election year is that the Australian public views on China are at a historic low and falling further. The Morrison government has done much to counter, expose, fight and stand up to China, and that’s why the common citizens are now fully aware of the dirty games that China plays with Australia.

China recently appointed its new ambassador to Australia. Xiao Qian, the new ambassador, was previously serving as China’s ambassador to Indonesia. In his first public statement, he said that “ties between Canberra and Beijing were at a critical juncture, facing many difficulties and challenges as well as enormous opportunities and potentials”. He also vowed to get the bilateral relationship between the two countries “back to the right track”.

He further said, “I look forward to working with the Australian government … to enhance mutual understanding and trust, eliminate misunderstanding and suspicion, promote mutually beneficial exchanges and cooperation in all areas between the two sides, and jointly push the China-Australia relations back to the right track”.

He added, “The older generation of Chinese and Australian leaders promoted the establishment of diplomatic relations with the foresight and pioneering spirit of statesmanship, and since the door of communication and exchanges was opened, we have witnessed frequent exchanges and fruitful cooperation outcomes in various fields”.

Also Read: China deploys Tik Tok against Morrison after all else fails

Recently a marketing firm claiming to work for the Labor Party was reportedly offering $300 to produce anti-Morrison content on TikTok. A user claimed that he had received an email and campaign brief from Vocal Media, a US-based marketing company that has experience working with left-leaning political and not-for-profit organizations. The email was sent to the TikTok user with the subject line, “Paid TikTok Opportunity: Australian Labor Party”. The email offered $300 for generating a TikTok video “based on the overarching theme of – Scott Morrison is too slow and always late”.

A document linked to the mail and titled “Australian Labor x VOCAL Creative Brief” laid out the instructions for the creator. It stated, “This campaign aims to help shift the political discourse on TikTok”.

Recently China released the imported Australian coal from bonded storage, despite a nearly year-long unofficial import ban on the fuel from Australia, as it scrambled to ease a national power crisis stemming from an extreme coal shortage. About one million tons of Australian coal stayed in bonded warehouses along China’s coast for months, not being cleared by customs after Beijing’s unofficial ban last October.

China knows all of this and is also aware of the growing anti-China narrative and sentiments among the Australian public, and that’s why it is trying every possible trick to please them and push down its negative image among them. It’s quite visible that China is doing all of this to influence the Australian elections, and ensure that the Morrison government and party doesn’t come back to power.

China wants to make sure that a pro-China administration comes into power in Australia so that it could spread its influence and hegemony over the country with ease and without any push back or counter actions, like in the case of the present government.

China is desperate to undo the damage done to its image before the Australian elections arrive, but it seems that, despite all the attempts, tricks and moves, China is unable to counter the anti-China sentiments and narratives present among the Australian public.