China deploys Tik Tok against Morrison after all else fails 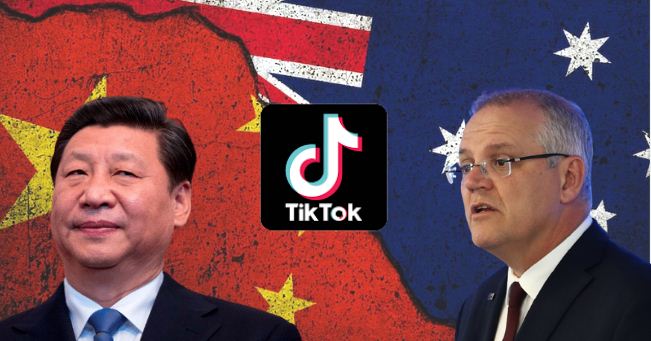 If you have taken on Beijing, you must ensure that you do everything to banish everything related to China in your country. Chinese goods, Chinese trade and most importantly, Chinese tech.

A marketing firm claiming to work for the Labour Party is reportedly offering $300 to produce anti-Morrison content.

Crikey claims to have obtained an email and campaign brief from Vocal Media, a US-based marketing company that has experience of working with left-leaning political and not-for-profit organisations.

The email was sent to a TikTok user and its subject line stated, “Paid TikTok Opportunity: Australian Labor Party”. The email offers $300 for generating a TikTok video “based on the overarching theme of ‘Scott Morrison is too slow and always late’.”

Also read: As if the Democrats weren’t enough, China is using TikTok to spread lawlessness in the US

A linked document titled “Australian Labor x VOCAL Creative Brief” lays out the instructions for the creator. It states, “This campaign aims to help shift the political discourse on TikTok […] This goes to his essential character as someone who isn’t quick to care, and instead waits until it gets really bad to do his job.”

TikTok has a controversial history, especially in countries that have tried to take on Chinese expansionism. India banned the app, along with several other Chinese apps in 2020 amidst rising tensions and the security risks posed by the Chinese apps.

However, it was TikTok that hogged most of the limelight. The app drew a lot of flak in the country over a number of incidents including suicide by a 24-year old man after being mocked for wearing women’s clothes in TikTok. The app has also faced allegations of containing pornographic content and exposing children to sensitive content.

Indonesia too had temporarily banned TikTok for containing “pornography, inappropriate content and blasphemy”. Former US President Donald Trump too had made it a point to grill China over TikTok. Donald Trump even issued an executive order banning TikTok, but his successor, Joe Biden, revoked Trump’s ban on Chinese apps TikTok and WeChat in the US in June last year.

Biden has had a soft corner for China, which is why he has been dropping all of Trump’s tough actions against Beijing and, therefore, the TikTok ban revocation didn’t come as a huge surprise.

Why Scott Morrison should act tough on TikTok?

It is understandable that Australia cherishes its democratic freedoms and liberties. But the exercise of such liberties should not become a weapon for your enemy.

China has tried everything with Australia and Scott Morrison, and has failed to make any difference. The Australian Prime Minister is a nightmare for China. He first started speaking about China’s mismanagement of the Coronavirus Pandemic, and ultimately stood up as a tall leader against Chinese human rights violations and aggression against Taiwan.

Also read: Morrison is about to seize Jinping’s personal properties

China tried to punish Australia by imposing tough tariffs on Australian barley, wine and meat. China even imposed an unofficial ban on Australian coal, but it did not hurt China. It is, in fact, Beijing which has suffered because of its trade war with Canberra. And now China is desperate. This is why it could even use TikTok as a weapon to hurt Scott Morrison’s political interests. Australia cannot let China interfere with its political system and it is time that Canberra bans TikTok.