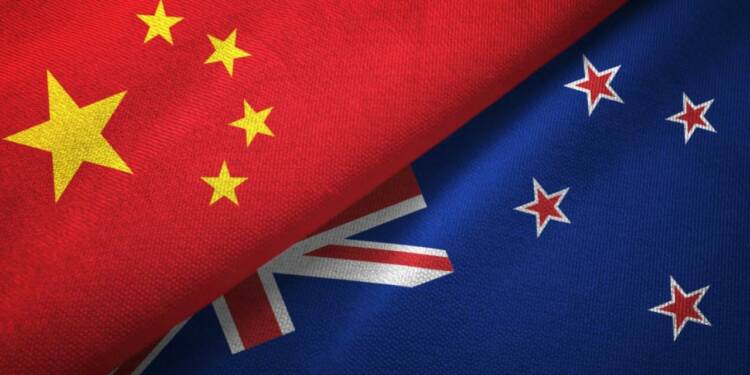 Last year, Australia signed the AUKUS pact with US and UK. AUKUS is a trilateral security pact that includes cooperation on cyber capabilities, artificial intelligence, quantum technologies and additional undersea capabilities. The pact will focus on military capability, separating it from the Five Eyes intelligence-sharing alliance that also includes New Zealand and Canada. The first big cooperation under the pact came when the US and the UK agreed to help Australia to acquire nuclear-powered submarines.

China’s eye in the pacific

China, on the other hand, has been aggressively pushing its influence and money in the small pacific island nations. It is now eyeing the countries like Tonga, Vanuatu and Solomon Islands. China is increasing its influence in these nations by providing infrastructure assistance. It is advancing its maritime expansion through economic cooperation to create a huge economic zone under its belt and road initiative. Beijing is also involved in the construction of port facilities in the south pacific island nation of Vanuatu. After the recent volcanic eruption and tsunami in Tonga, China has been very aggressive in pushing economic and infrastructure related help to the country.

It is a well-known fact that the AUKUS deal between the three countries of the US, UK and Australia is aimed towards countering China in the Indo-Pacific by making the Australian military more capable and advanced. China also knows this and that’s why it has decided to counter the AUKUS pact with its own pact with New Zealand. China is in full-scale planning to launch a defence and military pact with New Zealand to deepen its influence in the island nation and to strengthen its intelligence, surveillance and military capabilities and reach in the region.

On 19 January, Li Zuocheng, chief of the Joint Staff Department of the CCP Central Military Commission had a video meeting with Andrew Bridgman, New Zealand’s Secretary of Defence. In the meeting, Li said, “I hope that the two militaries would take the 50th anniversary of the China-New Zealand diplomatic relations as a new starting point, push forward their ties, make contributions to protecting regional peace & prosperity and building the Asia-Pacific community with a shared future”.

Expressing his views, Bridgman said, “New Zealand attaches importance to developing military ties with China, and is willing to maintain dialogue and communication with the Chinese side, deepen strategic mutual trust, strengthen pragmatic cooperation and enhance communication and coordination”.

According to China’s defence ministry, both the officials had a frank and in-depth exchange of views on the regional security situation, bilateral state and military relations, as well as other issues of common concerns.

On Thursday, during a regular media briefing, Senior Colonel Wu Qian, a spokesperson for China’s Ministry of National Defense said that “China is willing to maintain high-level communication with New Zealand, and promote the continuous development of China-New Zealand military relations”.

Explaining the China-New Zealand relations, Wu said, “The year 2022 marks the 50th anniversary of China-New Zealand diplomatic relations and pointed out that the bilateral relations have gained long-term progress in recent years. The Chinese and New Zealand militaries have earnestly implemented the important consensus reached by the leaders of the two countries, and achieved fruitful results in high-level communication, consultations and dialogues, professional exchanges, personnel training, and multilateral cooperation etc”.

He further added that “China is willing to maintain high-level communication with New Zealand on the basis of mutual respect, equality and mutual benefit, continuously enhance strategic mutual trust, explore new areas of cooperation, boost coordination on multilateral platforms, and promote the continuous development of China-New Zealand military relations, with a view to making positive contributions to maintaining regional peace and prosperity and building an Asia-Pacific community with a shared future”.

It seems that by joining hands with New Zealand, China is not just planning to counter the AUKUS pact, but it is also trying to divide the two friendly neighbouring countries of Australia and New Zealand. China is trying to separate the two countries on the grounds of Geo-politics and use them for its own agenda of military expansion and influence in the region.