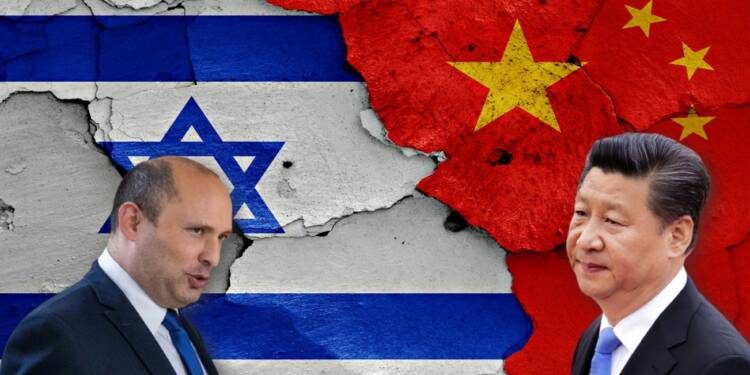 Israel is now cracking down on Chinese attempts to steal its defence technology, even as the Jewish country gears up for a high-profile case involving the unauthorised sale of loitering munitions to China.

Breaking Defense has reported that the Biden administration warned Israel about the presence of Chinese companies in the country as a part of a dedicated effort to steal advanced defence technologies.

China and Israel have a long history of defence transactions. In the late 1990s, Israel had even sold ‘Harpy’ suicide drones to China. However, the US persuaded Israel to officially end its defence ties with China. Later, Israel itself realised that China isn’t really a friend and it is better to avoid arms sales to Beijing.

However, China has developed a strong appetite for Israeli weapons and will do anything to steal defence designs from the Jewish nation.

According to Israeli industry sources, the Chinese are now bringing in straw companies in order to disguise the real end user. These corporate impostors partner with Israeli companies and create ventures that seem benign but are actually aimed at stealing military technologies.

Breaking Defense quoted an Israeli defence industry source as saying, “These straw companies are well disguised and it is very hard to identify who is the real client.”

This is a part of China’s civil-military integration (CMI) model to cheat others and steal military tech. China ostensibly invests in Israeli commercial technologies like semiconductors. But such technologies have dual use- both commercial and military. So, Israel might not even know how and when the Chinese military got hold of its military technology.

The Israeli intelligence community has been trying to monitor and uncover Chinese infiltration attempts. However, Israel has a huge defence industry with about 1,600 licensed arms exporters that employ around 1.5 lakh to 2 lakh. And then there is a huge supply chain of subcontractors. It is difficult to regulate such a huge industry, and this is where China tries to steal Israeli military technology.

Last year, the Financial Department of the State Prosecutor’s Office disclosed that 10 individuals would be indicted for serious offences over the sale of loitering munitions to China. The sale was brokered by Ephraim Menashe, an Israeli drone entrepreneur. He had hired Tzvika and Ziv Naveh, who own the Innocon drone company, along with some other suspects. The incident exposed how China is exploiting the Israeli defence industry.

As per an official statement, the suspects in this case “manufactured dozens of cruise missiles and carried out different tests in Israeli territory, endangering people’s lives.”

Israel cracking down on the Chinese Firms

Meanwhile, the Jewish nation is now tightening its defence industry in order to maintain a safe distance from the Chinese. As per Breaking Defense, an Israeli security source said that defence firms have strict orders not to establish any contact with China on issues that have a “smell of security or defence.”

After the US warning about the presence of Chinese companies trying to steal Israeli military technologies, the security department of the Israeli Ministry of Defence has issued a new set of instructions. The defence industry has been asked to try and identify potential issues.

The instructions are quite clear. Any attempt to make contact with an Israeli defence company must go through the Israeli internal security service and the security department of the Ministry of Defence. A source told Breaking Defense, “Only these organizations have the tools to uncover illegal attempts.”

Many big Israeli defence firms do have a security branch of their own, but Israel wants to keep its intelligence community in the loop at all times. Israel has had enough of Chinese nuisance in the defence sector. Now, it is cracking down hard and won’t allow Chinese straw companies to feed into its military technology any longer.