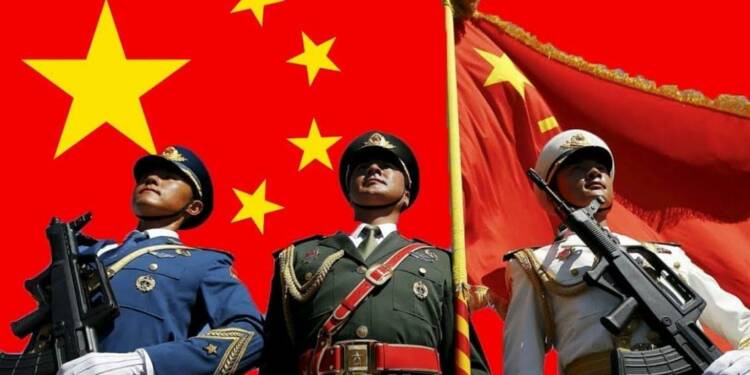 CCP (Chinese Communist Party) is the only political party in China. It is a 95 million-member strong institution that governs China. The party has historically been a disciplined organization with dangzhongyang (central party authorities). But in the past few years, the party has seen the creation of different power centres within the party’s different levels and carders.

The rise of internal rivalry and conflicts in CCP:

These different power centres in the CCP have resulted in the creation of different factions within the party, giving rise to internal rivalry and conflicts. It is so evident nowadays that many different publications and propaganda outlets have started publishing about it. In December 2021, China Discipline and Supervision Journal, in its latest issue, published an article titled “The Party has Become Stronger Through Revolutionary Training”. The article testified to the high levels of antagonism present among the disparate CCP cliques. According to the article “There are self-righteous cadres… who openly express views contrary to the dangzhongyang (central party authorities)”. The term “dangzhongyang” is often said to be synonymous with President Xi Jinping and his control and authority over the party.

Also Read: Two reasons why the CCP will dump Xi Jinping this autumn

The Conflict between different CCP fractions:

There are many different factions in the CCP like the Shanghai Faction led by ex-president Jiang Zemin and former vice-president Zeng Qinghong, the Communist Youth League Faction led by ex-president Hu Jintao, and other princelings (offspring of the founders of the People’s Republic of China). These fractions do not want Xi Jinping to remain in office for any more terms as they do not think highly of him. It’s quite a possibility that these fractions will try to oppose Xi’s bid for another term in the upcoming 20th Party Congress, scheduled during the end of 2022.

Xi has always said that he is committed to improving governance systems and promoting intra-party democracy but still it is a well-accepted belief in the party and its different fractions that Xi himself is personally involved in the recriminations and back-stabbing among CCP camarillas. Also, these fractions are not just in conflict with the supreme leader and the supreme authority but also with one another. In this tussle, these fractions use the same “anti-corruption” card to counter and fight each other. Also, in order to eliminate or rein in members and leaders of rival cliques, these fractions use serious charges like corruption, monetary fraud, other economic crimes and illegal activities against each other.

Xi’s reaction to these fractions in CCP:

It’s not hard to guess what a desperate, insecure, power-hungry and dictatorial leader like Xi Jinping would do to counter the rise of factions and power centres in the party. It’s the same tools that Xi uses on the Chinese people, business tycoons and anyone who stands against or challenges him and his policies and decisions. The tools like purge, crackdowns and anti-corruption drives are what Xi employees to counter the growing challenges and stifle the voice of leaders and members of other CCP fractions.

Under the leadership of Xi, CCP has seen many purges and executions of the leaders and members of the CCP. They are not just charged for crimes like corruption and fraud but also for being disloyal to CCP; for disobeying the orders of the supreme leader or the dangzhongyang and for failing to implement or execute the decisions and policies of the top CCP authority.

The recent purge of a host of senior zhengfa officers including former MPS vice-ministers Sun Lijun and Fu Zhenghua, as well as the provincial and municipal police chiefs of Jiangsu, Chongqing, Shanghai and Shanxi: Wang Like, Deng Huilin, Gong Dao’an, and Liu Xinyun is a perfect example of how Xi is implementing a mass scale crackdown and purge against any opposing voice. The zhengfa is a political and legal apparatus of CCP which is headed by the Central Political-Legal Commission (CPLC or zhengfa wei). The CPLC is a policy-making committee at the apex of the CCP Central Committee, which controls the Ministry of Public Security (MPS, or police), the Ministry of State Security (often known as China’s KGB), the People’s Armed Police (PAP), the procuratorates and the courts.

Read More: CCP at the cusp of a mutiny as Jinping purges 627,000 officials in a single year

The role of PLA in the internal politics of CCP:

The PLA is said to be loyal to the Party/CCP. It has always remained committed towards the CCP and not to anyone leader within the party. But this seems to be changing with the PLA. Recently, Xi promoted seven senior PLA lieutenant generals and one equally ranked PAP officer to full generals. It was clearly a move by Xi to consolidate his control over the top brass and use this military personnel and PLA to targets his opponents in the party and state. As Xi is the Chairman of the party’s Central Military Commission (CMC) and commander-in-chief of PLA, it is quite evident that he is trying to bring the PLA, its top chiefs and commanders into his camp and thus distance them from other factions in the party. He is trying to command his power and authority over the PLA and eliminate any future threat of military interventions and coups.

It is also a quite well-observed rule that lieutenant generals in the PLA qualify for elevation to full generals only once they have served in their positions for at least 24 months. Several of the seven newly minted generals had not yet been lieutenant-generals for even two years. Moreover, it is also a respected tradition in the PLA that the head of a theatre command (previously- military region) usually serves for at least two years. PLA analysts have ascribed these unusual organizational movements to Xi’s efforts to boost the number of full generals and to place only totally loyal officers in key posts.

In his recent statement on Friday, Vice Chairman of the Central Military Commission Xu Qiliang called for enhanced efforts to promote unity among the army, the government and the people. He said, “Rock-solid military-government and military-civilian unity has proven to be a tool for us to overcome difficulties and march forward from one victory to another”. Also, he is a Political Bureau member of the Communist Party of China (CPC) Central Committee, called to boost military-government and military-civilian solidarity.

The use of PLA by the Xi shows that there is a power struggle within the CCP. The power struggle is giving rise to the creation of many different factions and power centres that are destined to cause conflicts and crises in the party and the politics of CCP. Due to this, there lie several dangers. The possibilities could be a military coup or intervention to overthrow Xi, a political uprising and revolt by the different cadres and fractions of the CCP against the present top authority and the most dangerous being a civil war that would lead to total destruction of the current sociopolitical setup of the country.