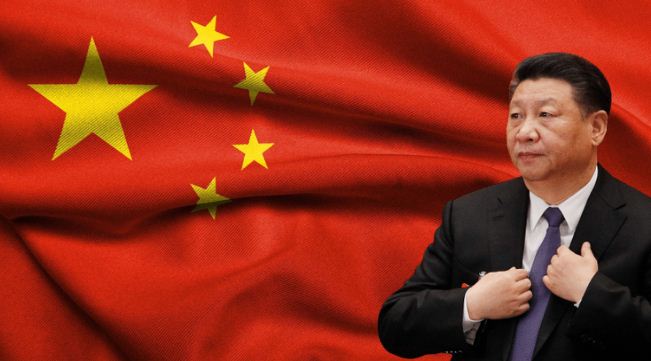 The Chinese Communist Party’s National Congress is scheduled to hold an important session in Autumn this year. The National Congress is theoretically the highest body within the Chinese Communist Party. Since 1987 the National Congress has been held in the months of October or November. It is held every five years, and its biggest job is to select the Chinese President, who is also the General Secretary of the Party. This year, Xi Jinping’s career is on the line. He wants to be made the Chinese President for an unprecedented third time, and it is yet to be seen whether the CCP will be courteous enough to give him what he wants.

Xi Jinping can very well be axed by the CCP this coming fall, if the party is convinced that the man is causing more harm than good to China. Contrary to popular opinion, China does have an opposition. It is highly clandestine in nature, and operates from within the CCP. And then, this opposition is not to the party itself, but to individual leaders like Xi Jinping who begin exercising their powers in a maniacal fashion.

Two Reasons why the CCP Might Dump Xi Jinping

There are two reasons why Xi Jinping might find himself unemployed come autumn. The CCP is quite literally at a crossroads here. It has to choose between itself and one man in the form of Xi Jinping. It will be quite motivated to make the former choice, because of these reasons:

1. The CCP would not want a person to be overwhelming the entire party structure. So, the removal of Xi Jinping will make sure that the party remains paramount.

2. The CCP can sell the narrative that all bad that has happened in China domestically and with its foreign policy, is the responsibility of Xi Jinping alone. By removing Jinping, the CCP will be able to reset its relations with countries around the world and move away from the disastrous geopolitical environment Xi’s policies have created.

The CCP knows it – Xi Jinping has become a liability. He has turned China into a pariah state for the world. Nobody wants to talk straight to China, and much of it has to do with Xi Jinping’s belligerent policies.

Two factions within the CCP have dominated internal politics for the last five decades. These two factions are CCYL (Communist Youth League of China) and the Shanghai gang.

And both seem to have turned against Jinping. That tells you just how intense the crisis for Jinping is. A major reason why Xi Jinping is putting in everything he has into the Beijing Winter Olympics is because he needs to show the National Congress that he indeed made China emerge as a great power before the eyes of the world community.

Read more: It’s soon going to be all over for Xi Jinping

Yet, nearly all major powers have announced some sort of diplomatic boycott of the Beijing Games. The CCP knows this has happened solely due to Xi’s aggression and human rights record.

Jinping Stares at ‘The End’

Here’s something you should know. It is a matter of life and death for Xi Jinping. He needs to retain power this autumn in order to stay alive. You see, Xi Jinping has put behind bars and overseen the killings of hundreds of thousands of CCP officials in order to consolidate his power over the past few years. This is apart from the ethnic minorities he has persecuted in Tibet, Xinjiang, Inner Mongolia and now, his onslaught on the people of Hong Kong.

Xi Jinping has many enemies within the CCP. He had rounded up innumerable CCP officials under his infamous “anti-corruption” campaigns. And if Jinping loses power later this year, all such enemies – which Jinping had put behind over the year, will come looking for his head, and it will not be a pleasant sight.

It is, therefore, crucial for him to become President once again. If he does not, the end of his professional career will be the least of his concerns.