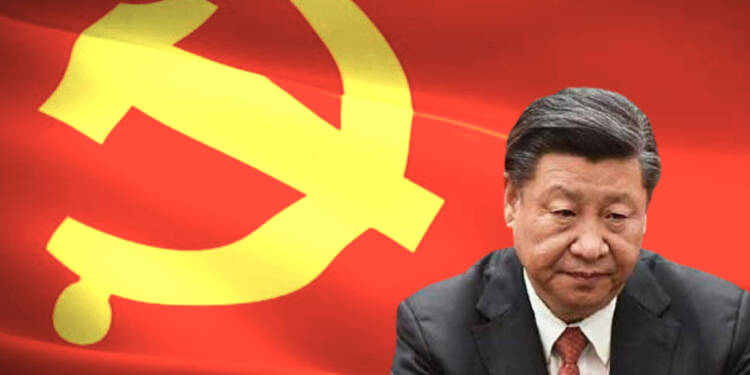 Chinese President Xi Jinping is acting like a total moron. You would have read about how China downgraded its diplomatic ties with Lithuania in November, after the Baltic nation allowed Taiwan to open a de facto embassy there. This is Taiwan’s first new diplomatic mission in the European Continent in the last 18 years.

Xi wants to hurt Lithuania. So, he imposed a full de facto trade ban on Lithuania but withdrew it later owing to pressure from the European Union. Now, the Chinese President has made another suicidal move- asking multinationals to cut ties with Lithuania or face being shut out of the Chinese market. Honestly, this sounds rather naïve given that China is already facing an exodus of multinationals and it, therefore, makes little sense for Beijing to weaponise its economy against the corporate world at this juncture.

Lithuania’s vice-minister for foreign affairs Mantas Adomenas confirmed that China is trying to lead a corporate boycott against the Baltic nation. He told Reuters, “(China) has been sending messages to multinationals that if they use parts and supplies from Lithuania, they will no longer be allowed to sell to the Chinese market or get supplies there.”

However, it is not as if Lithuania is buckling under pressure. The tiny Baltic nation is standing up to Chinese bullying with full confidence. Adomenas said, “We will not bend to this pressure,” He added, “What we decide to do, by calling Taiwan Taiwan, is up to Lithuania, not Beijing.”

Vilnius has also reached out to the European Commission for support. On Wednesday, the European Union too declared that it is ready to “stand up against all types of political pressure and coercive measures” against any of its members. So, China has ended up in a situation where it is leading a boycott that doesn’t seem to hurt Lithuania in a significant way, and at the same time it, has ended up inviting the wrath of the entire EU, which might further strain an already fractured EU-China relationship.

This is not the first time that Xi has tried to weaponise the Chinese economy over the recent past. Last month, it came to light that Beijing was threatening U.S. executives, companies, and business groups to fight against China-related bills in the U.S. Congress.

According to Reuters, letters from China’s embassy in Washington pressed executives to urge members of Congress to alter or drop specific bills that seek to enhance U.S. competitiveness. According to the text of the letter, Chinese officials warned companies that they would risk losing market share or revenue in China if the Bill becomes a law.

China is particularly worried about two Bills- the U.S. Innovation and Competition Act (USICA), passed by the Senate with bipartisan support in June and a related bill in the House of Representatives called the Eagle Act, which is more strictly policy-focused. Yet, Chinese bullying is unlikely to block such legislation that enjoys bipartisan support in China, and in any case, China no longer has the economic might to alter policy actions in other countries.

Recently, China also tried to wage a trade war against the island nation of Taiwan. It asked pro-democracy businesses from Taiwan operating in mainland China to either wind up their business operations in China or give up their support for the Tsai administration, and as a consequence, shun Taiwan’s sovereignty.

Yet, the Chinese plan to weaponise its ‘economic might’ backfired terribly. A majority of companies are choosing to abandon the Communist nation of China. A case in point is Taiwan’s ASE Group, which announced that it will sell all four factories in China. Taiwanese companies have therefore no qualms in ditching their businesses in China for Taiwanese sovereignty.

Xi being kept in dark by the CCP:

Make no mistake, foreign companies are already exiting China for several reasons including Xi’s unfriendly policies, tight regulatory measures, the Evergrande crisis, and energy shortage in the Communist nation. Several tech companies like Yahoo Inc., Epic Games, and Microsoft have either exited China or have ended up downsizing their operations in the Communist nation.

In such circumstances, Xi should have been laying the red carpet for foreign firms in a bid to somehow get them to stay in China. However, he is trying to threaten them instead. The net effect will be to scare away the few multinationals that are still operating in China. The CCP, however, is not conveying this bitter reality to the Chinese President, who is trying to weaponise an economy that no longer has any coercive capability left in itself.