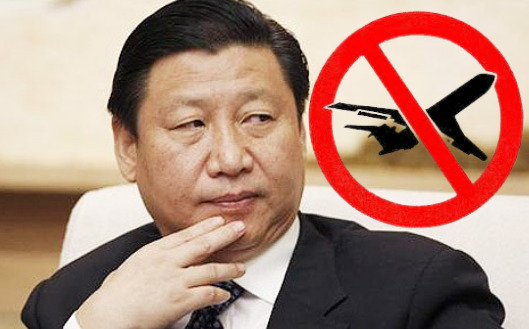 Xi Jinping is working from home. By working, obviously, we mean he is oppressing and subjugating Chinese people and ethnic minorities and driving the Chinese economy into the ground, apart from cracking down on leisure activities – all from his comfortable office and residential space. Chinese President Xi Jinping has not stepped out of China for 20 months now. This is the longest time that any G20 leader has locked themselves within their own country. According to Bloomberg, Xi’s desire to stay in the country, a byproduct of China’s strategy to eliminate cases of Covid-19, could start having diplomatic consequences – particularly if he avoids the G-20 meeting in Rome at the end of October and a UN climate summit right afterwards.

The last time Xi returned from a trip abroad was on January 18, 2020, after visiting neighbouring Myanmar, which was five days before his government locked down the city of Wuhan. Leaders from across the world have greatly reduced their international trips ever since the Covid-19 pandemic spread from China throughout the world. However, the world has been limping back to normalcy, and so have the international travels of world leaders. Diplomacy cannot really be carried out to its fullest potential online or via video conferencing.

Face-to-face and in-person talks are crucial for cementing ties between nations, and China is losing big time due to Xi’s reluctance to travel abroad, at a time when Beijing’s global image has, in any case, take a massive beating.

There are four main reasons why Xi Jinping is not travelling abroad.

The Perpetual Fear of a Coup

Xi Jinping is an insecure little despot. A despot is a ruler who holds absolute power, typically one who exercises it in a cruel cruelly and ‘oppressivelyina’, what the people suffer from is a Communist despot who is always insecure. The insecurity of CCP General Secretary Xi Jinping stems from the realisation that his regime is heavily disliked, and that he is himself seen as an oppressive leader who wants to remain in power for as long as he is alive.

As reported by TFI, Xi Jinping has set out on yet another purge spree, and he is targeting the low rung CCP officials and workers now. In such an atmosphere of his reign being challenged at every step of the way, it would simply be suicidal for Xi Jinping to leave China on an international tour. Who knows, the CCP might just overthrow their supreme leader while he is out of the country?

China is a big nation, with the second-largest economy in the world. It has projected itself as a power that is set to overtake the United States. There is a breakneck competition ongoing between the United States and China. Now, when the U.S. president travels to other countries, it usually involves Washington announcing some bombastic and mighty projects, investments and bilateral deals with the host countries. So, all countries who’d like to host Xi Jinping – which are not many, would want China to commit significant resources towards their development. For the same, China simply has no funds.

Investors are fleeing China. The Belt and Road Initiative (BRI) is a colossal failure. Chinese companies are losing their capital at an unprecedented pace. All in all, the fiscal status of China is not really good. So, Xi Jinping does not have the resources to commit to developing countries. Now, travelling to developing nations without actually giving them some big deals is not really the best way to spin a state visit as successful. Furthermore, it will end up embarrassing China. Jinping is therefore avoiding international travel as a whole.

Countries around the world blame China for the devastation caused by the Covid-19 pandemic. Additionally, growing Chinese belligerence and wolf warrior diplomacy seems to be dissuading free and democratic countries from engaging with Beijing. Meanwhile, those countries which have been debt trapped by China want nothing to do with the paper dragon.

Read more: ‘No entry for Xi Jinping,’ Japan makes it clear that Xi won’t be allowed to visit Japan in 2021

As such, no countries are interested in hosting Xi Jinping, which is quite a statement on the freefalling stature of China around the world. But it isn’t like Xi Jinping has not been trying to get out of China to clear his head. Throughout 2020, China desperately lobbied Japan to make time for a state visit by Xi Jinping. Tokyo, however, kept delaying and stalling the proposal, until China finally realised that Japan was not in the mood of hosting its tyrant.

Fear of Protests due to Covid-19

The world community is infuriated with China. Even if governments on an official level might hesitate from directing their anger against China and its leaders, the people of any country – ordinary citizens who have suffered the most due to Covid-19 will definitely not shy away from staging demonstrations and protests against CCP General Secretary Xi Jinping if he chooses to visit their country on a diplomatic tour.

Such protests could prove to be a major embarrassment of China, whose iron-fisted and stern ruler would be put to international shame – news of which would certainly trickle back into China. Within China, the people might just protest against Jinping for visiting foreign nations while imposing stringent restrictions on them in the name of Covid-19 outbreaks.

Therefore, Xi Jinping has decided that he should remain in China and torment his people, instead of embarking on foreign tours where he would probably face the unadulterated might of free people and democracy.