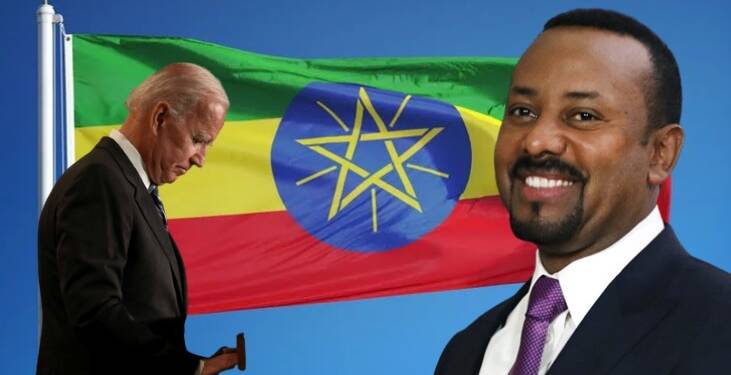 Over the last half-century, Ethiopia, Africa’s second-most populated country, has experienced military rule, civil conflict, and terrible famine. It has risen as a key force in the Horn of Africa in recent years, enjoying rapid economic expansion and rising strategic significance in the area. After taking office in 2018, Prime Minister Abiy Ahmed promised substantial political and economic reforms in response to prolonged turmoil, and he shepherded a historic peace deal with neighbouring Eritrea, for which he was awarded the Nobel Peace Prize.

All this saw a roadblock, with the Tigray People’s Liberation Front (TPLF) led insurgency and backed by the Biden administration destabilising the country. But, now with the ceasefire in place, and the government forces taking control of the situation – the country’s economy is back on track. Ethiopian bonds are the best-performing sovereign debt in developing markets this year, following a rally prompted by the government’s decision to lift the state of emergency as the country’s 15-month struggle with rebels comes to an end.

Ethiopia on the path of recovery

Since Jan. 26, when Prime Minister Abiy Ahmed’s administration declared the security danger had diminished, the bonds had gained 6 cents on the dollar. That brings returns this year to 13%, the best performance out of 80 developing nations tracked by Bloomberg. The securities lost 28% last year, the second-worst result behind El Salvador.

After skirmishes between the federal army and the separatist Tigray People’s Liberation Front worsened, Ethiopia’s government proclaimed a statewide state of emergency in November. Investor trust in what was once one of the world’s fastest-growing economies had been shattered by the drawn-out war, which caused a sell-off in the country’s bonds.

Sheikh Mohamed greeted Ahmed and expressed his delight in the positive friendship that the UAE and Ethiopia have built over the years by working together to serve their people’s interests and improve regional security and stability. Sheikh Mohamed and the Prime Minister reviewed the progress and opportunities in the cooperation between their countries in various sectors, primarily developmental, economic, investment, and other vital industries.

TPLF retreat and a window of opportunity

Back in December, the unprecedented offensive of the Ethiopian forces against the invading militant forces had forced the TPLF to stop fighting and retreat into their stronghold. Tigrayan forces fighting the central government said that they have withdrawn from neighbouring regions in northern Ethiopia. Getachew Reda, a spokesman for the TPLF, said the Tigrayan troops were pulling out of Amhara and Afar. Defeated by Ethiopia, TPLF also said, “We are not interested in taking over the province of Afar. We are not interested in squeezing a hard bargain in Addis Ababa.”

The Ethiopian government is also aware of this tactic and as a result, it has decided to not let TPLF get any moment to strengthen its hold in Tigray. And now the government of the nation has decided to move ahead with consolidating the war-torn nation and bring it back to the growth trajectory that had shocked the world back in 2019-20.

The current trends coupled with the fact that previously the country had shown promise as the largest Horn of Africa nation, Ethiopia is ready for a comeback in 2022.