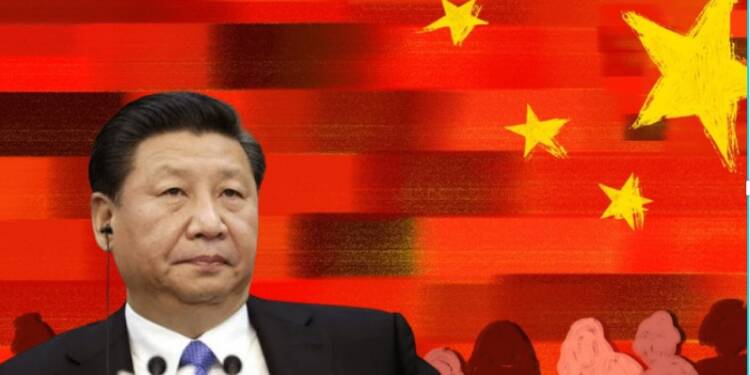 Chinese President Xi Jinping is a paranoid leader. His regime has committed many crimes against ethnic minorities, entrepreneurs, and even Xi’s rivals within the Chinese Communist Party (CCP).

If you analyse Xi’s mind, you will find that he is constantly in fear of a rebellion from his opponents. And this is why he takes care to ensure that he is cracking down on them one way or the other. And his latest targets are the Chinese provinces.

China’s local governments have to spend a lot. They have to foot big bills on building roads and providing clean drinking water. They also had to spend a lot during the Pandemic for mass testing, medical equipment procurements and enforcing lockdowns.

In fact, the share of provinces in government spending has risen consistently. It stood at 73% in 1994 and went up to 86% in 2020. Moreover, the central government keeps nudging the provinces to spend more on infrastructure.

This is why they end up raising a lot of debt which complicates things even further. Many Chinese local governments are now on the verge of collapsing due to a major financial crisis.

And 2021 was extraordinarily tough. Local governments get one-third of their revenue from land sales but the real estate slump has taken away this big source of income too.

Another third of Chinese local government revenue comes from the centre, but Xi Jinping is downsizing its share in revenues.

The expenses of the provinces are increasing. But they are getting lesser money. In 1994, the provinces got 73% of the tax revenue. But in 2020, it went down to 55%. This is further eroding their financial capacity.

And we are not even talking about impoverished regions in China. Even the manufacturing hubs like Zhejiang and Jiangsu are facing a lot of trouble. Jiangsu, for example, has debt maturing equal to 41 percent of its 2020 revenue. With all their “hidden debt” raised through local government financing vehicles, Chinese provinces are actually close to defaulting just like the Chinese real estate developers.

You might be thinking about why Xi Jinping is impoverishing Chinese provinces. After all, what will a President get by downsizing the local governments?

Well, Xi understands that he could be facing some sort of pushback from local governments. Last year, some companies had suddenly suspended production in the Zhejiang province. It seemed like a backlash against Xi’s disastrous policies that had led to power outages and coal shortages.

This was quite a blow for Xi Jinping as Zhejiang contributed highly to the Chinese economy with a GDP of around US$ 1.02 trillion. Xi also foresaw a rebellion of sorts against his high-handedness. Today, one provincial government can suspend production. So, who knows if tomorrow a provincial government refuses to commit human rights abuses on Xi’s behalf.

So, last year, Xi cracked the whip on low-level officials and purged 627,000 officials according to the data released by the Communist Party Central Commission for Discipline Inspection and the National Supervisory Commission.