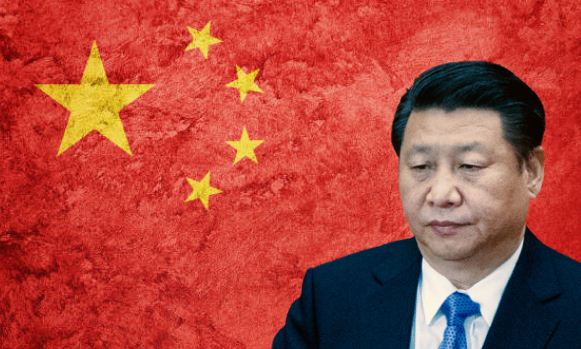 Do you want to see what a failed State looks like? Well, just look at China. The coffers of local governments are running empty, public officers are being denied their wages, celebrities and businessmen are being extorted, and the commoners are being publicly humiliated over a disease outbreak that the government can’t control.

Ever heard of Chanakya? He was an ancient Indian political and economist— arguably the greatest one to have existed in recorded human history. He propounded what is called the Saptang Theory of State. Chanakya said that there are seven elements of Statehood and without them a nation cannot exist— one of them being Kosha (The Treasury).

Provincial authorities raise money through bonds sold by local government financing vehicles, or LGFVs. The debts don’t show up on balance sheets but they do exist. At the end of 2020, local government hidden debts in China stood at US$7 trillion. This is equal to 44 percent of China’s gross domestic product (GDP).

And to make it worse, Chinese provinces are no longer able to raise money through land sales that had got them going till now. There is a property sector slump in China, and well, no one wants to invest in land plots.

What do brutal governments do when they don’t have money? Well, they loot the citizens. You may call it extortion or daylight robbery, and this is exactly what is happening in China.

Bazhou, a troubled county-level city in China’s Hebei province, for example, used “bogus tax” to ramp up its revenues. It has been hunting businesses with a tax allegedly covering “procedural costs,” violating regulations. In Hangzhou, local tax authorities decided to raise some money by imposing a fine on “livestreaming queen” Huang Wei, known as Viya. The celebrity has been asked to cough up $210 million for tax evasion.

Many provinces in China are refusing to extort their citizens. They have a simpler solution— don’t pay your employees and save money.

A social media post written by a Hangzhou municipal government employee has gone viral in China. She wrote, “My annual pay is going to be slashed by around 25%. That’s 50,000 yuan ($7,850) less. How can I live?”

But on the brighter side, this woman employee in Hangzhou is not the only one seeing a quarter of her salary vanish all of a sudden.

Pay cuts in Tianjin are around 20%. Shanghai has reported a case with a 30% reduction. The salary of a police station chief is expected to be cut significantly from the present 350,000 yuan. And significant pay cuts were also observed in Guangdong and Jiangsu.

Chinese government employees are facing what every employee hates. And the Chinese Communist Party (CCP) is trying to be a smart employer. It announced pay cuts without any official announcement and suddenly the employees came to know that they have to make do in lesser money. The Communist Party also maintains a tight grip over its officials and will crack down if there is much resistance to the drastic pay cuts.

The Chinese economy is definitely in a bad state. And it is getting even worse because the CCP is failing to effectuate its ‘zero Covid’ policy.

Armed riot police in southern China publicly shamed and paraded four alleged violators of COVID-19 rules through the streets. Public shaming as a mode of punishment is banned in China. In fact, it has been banned all across the world except under the reign of some brutal and conservative governments. But Chinese local governments are increasingly using public shaming as a mode of censuring violators of COVID regulations.

To an outsider, there might not be a relationship between the bogus taxes, pay cuts, fines on celebrities and public humiliation. But the Professor thinks otherwise, and no I am not talking about the Money Heist guy. I am talking about a Chinese professor, Sun Liping, at the Tsinghua University, which is Chinese President Xi Jinping’s alma mater.

Liping has written a series of articles tying together the Viya tax fine, cuts in public servants’ pay, the issue of property taxes and the “bogus tax” of Bazhou. He compares China’s situation with 19th century Peru, where the replacement of bird droppings by synthetic fertiliser in European agriculture led to an economic crisis.

So, the property sector slump in China is its 21st-century Peruvian bird droppings. Now, as the source of revenues in land sales dry up, Chinese provinces are moving into bankruptcy, and all the events point at just one finding— China is becoming a failed State.

The German boycott of China‘s Beijing Olympics is here