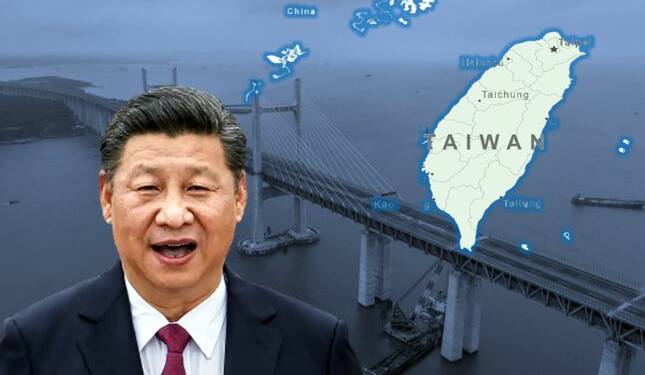 China’s government approved a plan to extend the bridge from Pingtan to Taiwan’s main island on March 11, 2021, the last day of the National People’s Congress. The Taiwanese side, after all, did not offer their approval. The touted 130-kilometer bridge is said to be completed in 2035, according to China. At the same time, a tunnel beneath the Taiwan Strait was planned, connecting Beijing and Taipei via high-speed train or other ways, indicating China’s unprecedented dedication to reunification.

The project was supposed to emulate the long-cherished intent of the Chinese Communist Party to unify what it considers two Chinas. It was meant to build a bridge in the Taiwan strait and thereby uniting China with Taiwan. While this is the romanticized version of what is being peddled in Mainland China, in reality, this project showcases Beijing’s seriousness to take over Taiwan by hook or by crook. However, if CCP wanted this project to represent the hope for bridging the gap between China and Taiwan, it has ended up building a ledge for people to jump into a hopeless abyss.

The 2013 blueprint for the overly ambitious project

The South China Morning Post reported on Aug 5, 2013, that in its recently approved National Highway Network Plan for 2013-2030, the State Council included two highway projects linking Taiwan to the mainland. One involves the long-proposed Beijing-Taipei Expressway, which would start in Beijing and pass through Tianjin, Hebei, Shandong, Jiangsu, Anhui, Zhejiang, and Fujian’s Fuzhou before crossing the strait and reaching Taipei. However, so many years down the line, the romanticized bridge has concluded an early death.

The Taiwan Strait remains the most physically hard and symbolically unreachable barrier to CCP’s goal of eventual reunification with the island, more than six decades after the establishment of the Nationalist government on the Island. Taiwan has passed through the hands of European and Japanese colonial conquerors throughout its history before becoming a potential battleground between China and Taiwan in the second part of the twentieth century.

Military tensions between China and Taiwan have eased in recent years, and Beijing has only increased its hope for economic integration, and the physical infrastructure it aims to develop across the Taiwan Strait that indefinitely would help the country achieve a key geopolitical goal by reconnecting with the island. However, the second half of Xi Jinping’s regime proved that the CCP is not as benevolent as it portrayed for the longest time.

Also read: Taiwan nips off its last link with China as it finally bids adieu to ‘One-China’ policy

An arrogant China under Xi Jinping

As Xi is seeking an unprecedented third term, “We are a strong nation,” a slogan boasting of China’s power has gone viral. The “Hide your might, bid your time” doctrine of Deng Xiaoping is no longer in effect, and China is taking a more forceful stance than ever before. The fact that the Taiwan Strait has been dubbed “the most dangerous place in the world” is due in large part to China’s growing confidence and enthusiasm for the “Great Revival.” By the end of Xi’s third term in 2027, the US military expects China would proceed toward an armed invasion of Taiwan.

If the artificial Islands in the South China Sea are any indication, then the strategy of CCP is quite simple. First, construct it. Make it a done deal and deal with the resistance later. China recognizes that this is the most efficient way to achieve many of its foreign objectives. Its winning approach of not fighting pushes forward. This is what it has done at other places and intended to do the same in the case of Taiwan.

The Hong Kong example and an alert Taiwan

Xi Jinping was present for the opening of the Hong Kong-Zhuhai-Macau Bridge, which is one of the world’s longest bridges. China constructed the 55-kilometer bridge and undersea tunnel that connects Hong Kong and Macau to the mainland in just over nine years. Xi spoke about China’s “national power” while standing on the stage.

The completion of the bridge was feared by Hong Kong locals. After Xi’s declaration during the ceremony, a citizen exclaimed, “Hong Kong will be gobbled up by the mainland like this.” The Hong Kong security law was passed a year and a half later, putting the city even more under China’s control. And thereby proving the hypothesis. While CCP was successful in achieving absolute control, it provided an alert to Taiwan regarding the larger plan of CCP.

“China is falling into the peak power trap,” said Michael Beckley, an associate professor at Tufts University in the U.S., noting the new risks facing Taiwan and the rest of the world. And as the CCP becomes more persistent in its endeavors to unify Taiwan, the pushback will be more aggressive. China is on the approach of becoming the world’s largest economy, but its real estate bubble, dropping birthrate, and elderly population brings to the forefront its limitations.

That is why it is in such a hurry to declare triumph, however, the decline will make sure that its endeavors remain a pipe dream. And the most obvious example in front of us is the failed bridge to Taiwan.