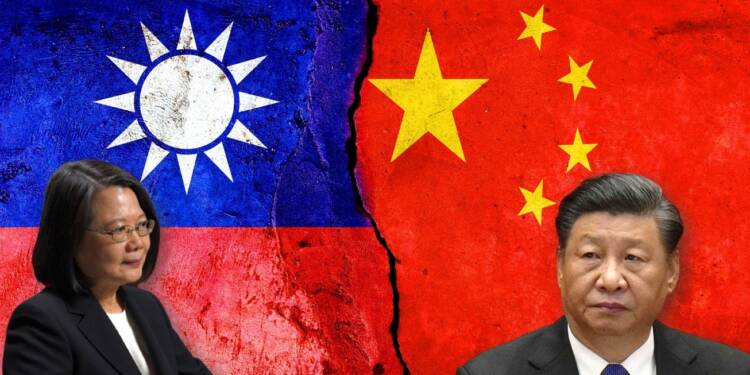 Taiwanese President Tsai Ing-wen has a sweet, little message for Xi Jinping- bye, bye ‘one-China’ policy. Xi Jinping has spent his 10 years in power speaking about reunification with Taiwan. Sometimes, he talked about ‘peaceful reunification’ and at other times he wasn’t so peaceful. But one thing is for sure Xi Jinping wants Taiwan desperately.

Read more: Taiwan already had a plan to dismantle the Chinese economy. After Corona, the plan has taken off perfectly

What is the Taipei-Shanghai Forum?

You may be wondering why the Taipei-Shanghai Forum is so important. After all, nations do establish bilateral city forums all the time.

Well, the Taipei-Shanghai city forum is not any other forum. It is the only official event left between China and Taiwan as bilateral tensions have undermined all other institutions for bilateral cooperation and official exchanges between the two countries.

For an outsider, the Taipei-Shanghai is just an annual event between two cities, but for the CCP, it is the only hope that the ‘one-China’ policy can be somehow effectuated.

Why is Taiwan giving up on the Taipei-Shanghai Forum?

A cross-party discussion in Taiwan about the US$46,890 budget earmarked for the annual event concluded on January 24.

Tsai Ing-wen’s Democratic Progressive Party, which represents nationalist and pro-independence sentiment in Taiwan is already eager to scrap all ties with China. And now even the pro-Beijing political camp in Taiwan, including Kuomintang (KMT) and New Party city councillors, has given its consent to freeze funding for the Taipei-Shanghai Forum if China continues with its policy of showing military aggression against the island nation.

Wang Hsin-I, a Taipei City councillor of the KMT, acknowledged “negative sentiments” against China over its coercive military policies. Chinese People’s Liberation Army (PLA) warplanes routinely intrude into Taiwan’s air defence identification zone. This is making the Taiwanese angry and this is why they want to scrap the Taipei-Shanghai city forum.

Taiwan getting support from the world

Factions like the KMT were traditionally supporting hosting cross-Strait exchange platforms with China. They advocated strong business relations with the Communist country, because China was growing rapidly over the past few decades and Taiwan was more or less isolated. This is what was pushing back Tsai Ing-wen’s anti-China agenda and Beijing was constantly trying to play into the island nation’s political divide.

European businesses for example invested €53 billion (US$ 59.47 billion) in Taiwan during the Pandemic. The European Chamber of Commerce Taiwan (ECCT) Chairman Henry Chang said that strengthened bonds were reflected by the investments by European firms during the Pandemic. Chang also pointed out that Taiwan’s past formula for success is its “open society and integration with the world economy”.

And Taiwan is also strengthening its relations with Indo-Pacific powers like India, Japan and Australia. As Taiwanese companies expand their presence in these countries and explore new opportunities, Taipei is realising that it need not engage with China even for business. And this has simply resulted in the near collapse of the only remaining forum for engagement between the two sides of the Taiwan Strait. This is the final nail in the coffin for the ‘one-China’ policy.