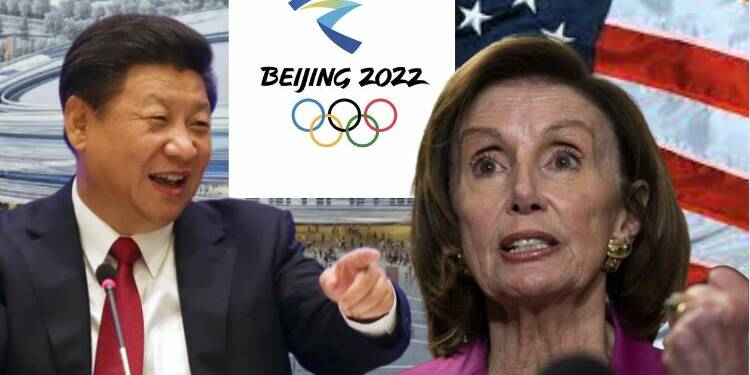 The democrats in the US have always claimed for being the voice that stands for freedom of speech and expression in any part of the world. They claim themselves to be fearless against any country with the record of human rights violations. They act aggressive and offensive when it comes to human rights issues in most part of the world, but when it comes to China; they flip their stance and act defensive.

The stock thief Nancy Pelosi was recently in the news for her shady investments and stakes in big tech companies. She has now made another headline by warning the US athletes in China about the consequences of speaking against the Chinese government (CCP).

What Nancy Pelosi said to US athletes?

Recently, during a Thursday testimony before the Congressional-Executive Commission on China, the US congress speaker Nancy Pelosi urged US athletes to not say anything against China or Chinese government (CCP). She said that the athletes should not risk “incurring the anger” of the “ruthless” CCP, by saying anything about the Uyghur Muslims genocides in Xinjiang region or the Hong Kong human rights abuses.

She said, “Make no mistake — our athletes should participate, they’ve trained, they’re disciplined, they’ve dreamed, they’ve aspired, they’ve worked hard. But this year we must celebrate them from home as they compete in China”.

She said that the US athletes should avoid the CCP’s wrath by keeping quite while they are in China. She continued, “I would say to our athletes: You’re there to compete. Do not risk incurring the anger of the Chinese government because they are ruthless. So, again, participate, let us celebrate from abroad, and don’t risk thinking that there are any good intentions on the part of the People’s Republic of China’s government — because there are none”.

The surprising part in her speech was when she said, “I know there is a temptation on the part of some to speak out while they are there. I respect that, but I also worry about what the Chinese government might do to their reputations and to their families”. What the Chinese government might do to their families? This sentence raises a serious question about the safety of the families of the US athletes currently in China. Can China take any action against the family members of US athletes even on the US soil?

Read More: Know why the Congress is the most incompetent body to regulate Big Tech

Since the collapse of USSR, US has always maintained itself as the sole world power, and thus the uni-polarity. It has used its military heft, cultural & diplomatic influence to safeguard this position. But it seems that since the exponential rise of China on the world stage, US has lost its dominance. The tone of the speech of Nancy Pelosi shows that US under Joe Biden is not just afraid of CCP, but it is also not determined enough to take any action in case of Beijing’s bullying. This is something which was unimaginable till the reign of the last President; however, Joe Biden has gone head and done the impossible.