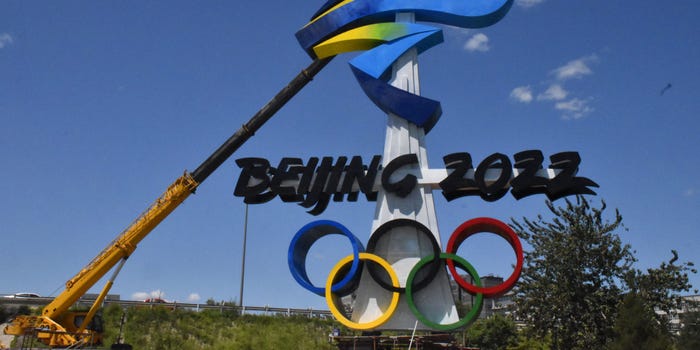 China is already facing so much pressure from the world powers and the west on the matters of Uyghur Muslim’s genocide in Xinjiang, Hong-Kong and Taiwan. Many countries like the US, UK, Australia, Denmark etc have joined the global movement of a diplomatic boycott of the 2022 Winter Olympics in China. Also, there are some fearless sports personalities like the NBA player Enes Kanter Freedom, who are increasingly urging the athletes from across the globe to boycott the Winter Olympics in China and criticize the Chinese government for its human rights violations. Still, it seems that China is not just ignorant but also shameless.

Also Read: How Beijing Olympics could turn into China’s biggest embarrassment on the world stage

China knew that there could be protests during the Olympics and foreign visitors could raise voices against China’s human rights violations. The Chinese government fears that any protest over Xinjiang, Hong Kong, Taiwan or other human rights issues could damage the image of the country and could turn the Olympics into a complete flop show. Therefore the Chinese officials have warned the foreign athletes that they may face strict punishments for speech that is against the Olympic spirit.

The deputy director-general of international relations for the Beijing Organizing Committee (BOC), Yang Shu, issued a clear warning and said, “Any behaviour or speech that is against the Olympic spirit, especially against Chinese laws and regulations, are subject to certain punishment”. China’s history of restrictive and strict laws regarding public speech and demonstration has raised serious concerns that the 2022 Beijing winter Olympics could see much stricter punishments as “applicable local law” dictates what type of punishments a protest could result, during an Olympic game. Yaqiu Wang, a human rights watch researcher said, “Chinese laws are very vague on the crimes they can use to prosecute people’s free speech”.

Read More: China pleads with Australia to not boycott the Beijing Olympics

In a recent incident, the American basketball player Sonny Weems was subjected to racial abuse from the Chinese people and spectators when he stepped out of his bus after a basketball game in China. The Chinese spectators were repeatedly shouting several racist slurs including the N-word. They were also caught on camera while abusing the black US athlete with slurs like “Get out of China”, “fuck you” and “stop fucking laughing”.

This incident shows the insensitivity towards racism in China and its society, including the government. Racial abuses and slurs like these against black people are very much common and normal on the Chinese internet and social media, and most of the time they are ignored and remain uncensored by the authorities, agencies and government. Racial slurs like the N-word are often used by Chinese internet users to express their frustration towards African and black immigrants in China.

These events and incidents are a shame for the organizers of the games, which in this case is IOC and China. They must be condemned but it won’t be enough for a country like China. China needs a hard reply, one that can havoc enough damage to its international image and its Olympic investments.