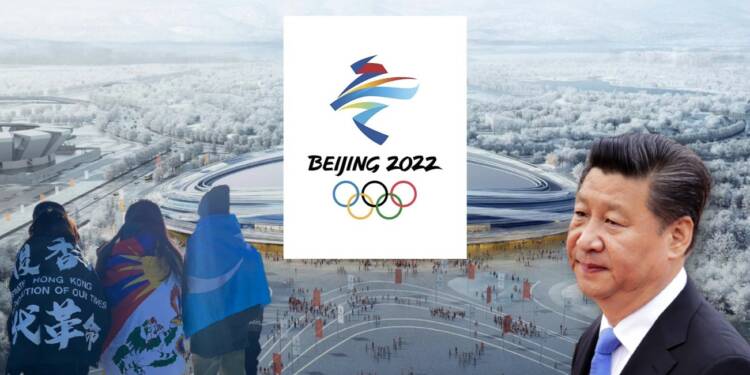 Tibetans are no fans of the Chinese Communist Party. They despise the Chinese state and want nothing to do with it. They long for freedom and sovereignty. To that end, Tibetans seem to be preparing for a massive show of strength at the upcoming Beijing Winter Olympics, scheduled to take place at the Chinese capital from February 4 to 20. If there is a country that comes remotely as close as Nazi Germany, it has to be Xi Jinping’s China.

Just like Adolf Hitler executed the minority communities including Jews, Jinping is executing the genocide of ethnic minorities like Tibetan Buddhists and Uyghur Muslims. The world failed to stop Adolf Hitler in the last century due to one big mistake, which was that of letting Hitler organize the 1936 Berlin Olympics. Similarly, the world could be making an equally big mistake by letting China organize the 2022 Winter Olympics in Beijing.

But Tibetan and Uyghur activists are determined to humiliate China during its supposed moment of glory. So, Tibetan, Uyghur and Hong Kong activists are waging a global anti-China campaign. Guess what? China needs to be very scared. Because these activists are now talking directly to sportspersons who are slated to participate at the Beijing Winter Olympics next month!

Leading the crusade to educate Winter Olympians about China’s excesses in Tibet, Xinjiang and Hong Kong is a group called ‘Students for a Free Tibet’. On Sunday, SFT activists visited the site where American Olympic participants are practising for the Winter Games. They spoke to several sportspersons and told them about the human rights abuses of the Chinese Communist state, apart from educating them about the Chinese occupation of Tibet, Hong Kong, and Xinjiang.

Former SFT Campaigns Director, Sonamtso, had the opportunity to meet three-time Olympic gold medallist Shaun White. The first thing she told him is how much the Tibetan flag means to her. She also told him how in Tibet, if she walked up to an Olympic athlete with the Tibetan flag, she could be jailed indefinitely, tortured, and even killed.

Sonamtso, former SFT Campaigns Director, had the opportunity to meet @shaunwhite. The first thing she told him is how much this flag means to her. In Tibet, if she walked up to an Olympic athlete with the Tibetan flag, she could be jailed indefinitely, tortured, and even killed. pic.twitter.com/DGYtBHQdxZ

This type of open conversation would be impossible to have at #Beijing2022. pic.twitter.com/GsLlIDFLvW

Tibetans Planning Something Big Against China?

According to Radio Free Asia, the Chinese Communist Party is not taking any chances with the Beijing Winter Olympics. It is securing all loose ends, and in that effort, it has beefed up security all across Tibet. The Himalayan region, which China illegally occupied in 1949, has now been turned into a full-blown police state.

Read more: Tibet is set to flare up during 2022 Beijing Olympics and China is petrified

China has also imposed restrictions on Tibetans, who are no longer allowed to travel and interact with each other freely. Large numbers of police and armed security personnel have now been stationed in Lhasa, and persons visiting Lhasa from outside areas are being questioned. Additionally, household inspections are being conducted by the CCP’s forces. Privately owned restaurants and shops are also being thoroughly inspected.

China In for a Big Surprise

Tibetan, Uyghur and Hong Kong activists have really upped the ante against CCP. You see, the CCP was not expecting the Winter Olympics to be held in Beijing to become such a bone of contention for the democratic world. It came as a surprise to Xi Jinping, and now, he doesn’t know how to deal with the problem.

Meanwhile, sportspersons slated to participate at the Beijing Winter Olympics are fast realising how cruel China really is. So, they might just come together next month, and humiliate the CCP from Beijing itself! It really is a possibility, considering just how oppressive China is. All these sportspersons will be foreign nationals, protected by the Olympic Truce. So, they actually have the problem to speak up against China’s atrocities from within Beijing and sending a resounding message across the world.

Rest assured; Xi Jinping will not be able to survive such an assault. He will be kicked out by the Chinese Communist Party as China’s President and will be lucky to remain alive for the remainder of his miserable life.

The Untold journey of Johnny Argent