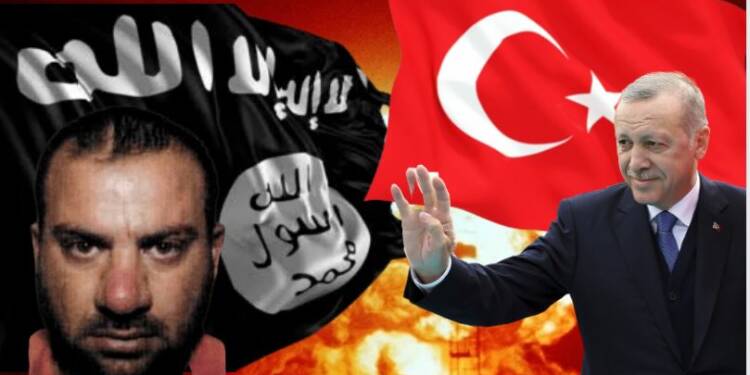 In a recent US raid, the Islamic State leader, Abu Ibrahim al-Hashimi al-Qurashi was killed in his home. The raid was carried out by US on Thursday in Atmeh town of Syria. According to the reports, the house of the ISIS leader was located just a few hundred meters away from the Turkish border. Also, the house was near to a checkpoint controlled by Turkey.

Around two years ago, the predecessor of al-Qurashi, Abu Bakr al-Baghdadi, was also killed by US in a village that is just about 15 km away from the Syrian town of Atmeh, which is very near to the Turkish border. Both of the US operations took place in Syria’s border province of Idlib.

For many years now, the Idlib region has been under the direct control of Turkey backed Syrian forces or Hayat Tahrir al-Sham (HTS), a jihadist faction formerly known as the Nusra Front. The ex-leader of the Al-Qaeda’s Syria branch , Abu Mohammad al-Julani, heads this terrorist organization. Also, Turkey’s MIT intelligence service is known to have close contacts with HTS counterparts.

Recently, Turkey was also placed in the grey list of Financial Action Task Force (FATF) for not taking required steps against money laundering and terrorist financing. The FATF first added Turkey on its grey list in 2011 and removed it in 2014.

The Syrian Democratic Forces (SDF) is the closest ally of US in Syria and is also the biggest enemy of Turkey. Soon after the killing of al-Qurashi, Farhad Shami, a SDF spokesperson wrote on twitter that Turkey protected the late ISIS leader. Later on Thursday, he said, “Is there any doubt that Turkey has turned areas of North Syria into a safe zone for Daesh leaders?”

For quite long now, Turkey has been accused by the world, its critics and its enemies, of harboring ISIS leaders and members. Also, those detractors were quick to brandish al-Qurashi’s location as yet more evidence of this. It has put Turkey in a dangerous position, as its terror links and relations are being exposed one after the other. The close proximity of al-Qurashi’s house to Turkey is a clear sign that Turkey was guilty of incompetence or hiding an ISIS leader.

The Syrian province of Idlib and the region around it, is considered to be under immense influence of Turkey. Also, there are many Turkish military posts for observation and surveillance in the region held by the opposition. Turkey is also regarded as a kind of guarantor for that corner of Syria.

It was Turkey which effectively negotiated the buffer zone in Syria it controls. The negotiations were on the understanding it would guarantee that all the jihadi terror groups, including al-Qaeda, breakaways and ISIS is rooted out.

Read More: Turkey has turned into a ticking time-bomb for Europe

This raid will further stoke tensions between the already damaged US – Turkey relations. They are already on the opposite sides in the northeast Syrian conflict because of US support towards Syrian Democratic Forces (SDF), who are effectively at war with Turkey.

The recent raid and killing of al-Qurashi has again exposed Erdogan’s pro- Islamist and pro-Jihadi policies. It has again proved that the Turkey government supports terrorists and provides safe heaven to ISIS leaders. This will prove to be an important milestone towards the collapse of Erdogan’s khalifa dreams and his illusion of reviving back the Ottoman empire.