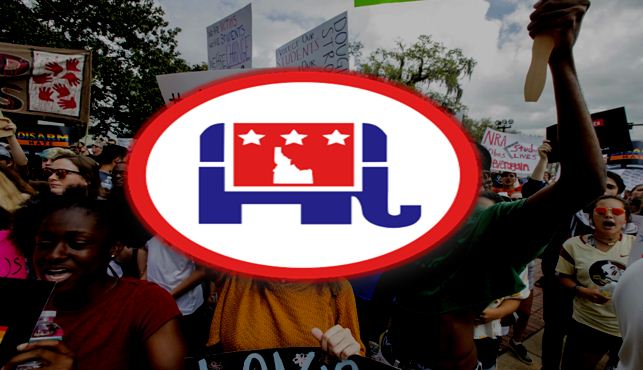 A  large scale social transformation is happening in the United States of America, but too covert to notice. While the term “social transformation” is considered positive, the inclusion of covert to it changes the whole paradigm of sorts. It means the changes are not socially acceptable in their entirety and the people engineering these transformative actions need to do it under the rug, outside the purview of the society at large.

Now imagine your children being co-opted, without your consent into believing something even before making it to a certain cognitive development age where they can make their independent choices. Imagine your children being fueled with commandments that could not be questioned, and only followed. Why? Because this is deemed acceptable to the people who want to mould society into a certain way.

This might sound like an overstatement, but whatever the motives might be, this should not get a free pass in mature democracies, let alone it being one of the oldest democracies. While Idaho is known as a sanctuary for people fleeing Democrat-controlled areas, a new report shows that the state’s supermajority Republican legislature has failed to protect children from far-left politics in public schools, such as state-sponsored racism and the concealment of transgender ideation from parents.

As reported by The Federalist, Anna Miller and Dr Scott Yenor, the report’s authors, argue that the same radical ideology that affects youngsters in blue and purple states is spreading to small-town and rural public schools in Republican-leaning areas. In a study overview published in The American Mind, Miller says, “School administrators in Coeur d’Alene persuaded an 11-year-old girl into believing she was a boy and should have gender transition surgery.”

“The elementary school counsellor had coached the young girl into believing she was transsexual and instructed her how to tell her parents about her new identity. According to a recorded phone call between the counsellor and parent, the principal and other school officials had known about this and began calling the girl by a boy’s name while purposefully choosing not to inform the child’s parents.”

According to Miller and Yenor’s recently released report for the Idaho Freedom Foundation and the Claremont Institute’s Center for the American Way of Life: “Leftist morality that undermines the beliefs and desires of a majority of Idaho’s citizens is rampant throughout the Republican-run state’s education systems: “Things that were unimaginable five or ten years ago are now commonplace in public schools across the United States.”

Stealing the childhood from students

Exposing kids to adult sexual activities and gender ideology without parental knowledge or consent is one of the most apparent ways many Idaho public schools run to propagate radicalism which is an oft-discussed case in far-left regions.

According to the paper, being a red state provides little, if any, protection from sexual voyeurism in schools: “Evidence suggests that LGBTQ-affirming courses are widely available in Idaho’s education system.” They estimate that 31% of middle schoolers and 51% of high school students in Idaho are taught about sexual orientation, with similar amounts being taught about ‘gender identity and ‘gender expression.’

Also read: America has many patriots but very few want to be a part of a Woke Military

According to the Gay, Lesbian and Straight Education Network (GLSEN), “12% of schools teach LGBTQ-related curriculum, and 47% of school libraries give LGBTQ-related resources to students,” Miller writes in The American Mind.

Teachers must establish “culturally responsive teaching,” according to Idaho’s state board of education, which enacted certification criteria that are shared by 18 states. Gloria Ladson-Billings’ definition of culturally responsive teaching is cited in these Interstate Teacher Assessment and Support Consortium regulations. “She is credited with introducing critical race theory to education,” according to the report.

Teachers and other school staff must “reflect on personal and cultural prejudices” to “broaden and deepen his/her own awareness of cultural, ethnic, gender, and learning disparities” in order to be certified to teach in Idaho. “Two crucial behaviours are the rejection of colourblindness and replacing education about facts with narrative stories,” according to the report, in order to be recognised as a “culturally responsive educator” under these conditions.

Operating in the shadows and avoiding Parental and Legislative Oversight

Another theme of Idaho’s education system, according to the report, is the  systematic disregard for parental and legislative oversight: “the anti-competitive nature of the public school system allows a small, politically organised group of incumbents to maintain a monopoly on the ideas taught in schools.”

Ban on teaching critical race theory or explicit sexual actions have extremely limited consequences, according to the research, because education’s entire infrastructure has been administered for a century by people who pledge devotion to a leftist ideology that wants to torpedo the American way of life. To truly halt the left’s political weaponization of education dollars, alternate approaches are required.

As a result, the authors of the paper urged that lawmakers deliver education funding directly to parents, rather than through educational institutions that are compromised enough and have shown immune to reform efforts over a century. This would also end the institutional discrimination against religious families as the American public education today prohibits children from receiving teaching that is fully integrated with their faith, making it a condition to reap vast public funds.

A viable solution in cards is to give the power right in the hands of the parents, who without a doubt will make the best decision for their children thereby making the red states out of the grip of the woke and left-wing education system that is systematically taking over America.

Insomnia is not a luxury and these quotes will teach you