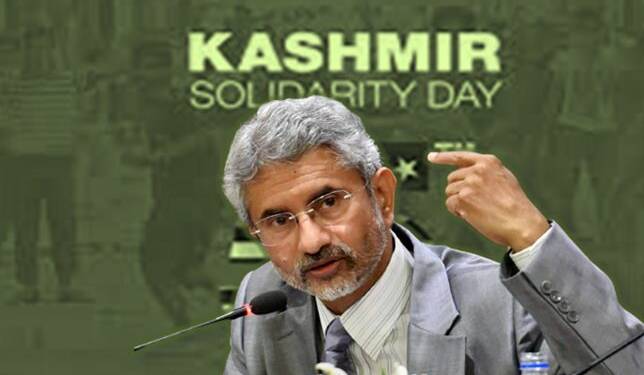 Hyundai Motor India surpassed double-digit growth in the total wholesales for the calendar year 2021 as compared to the previous year. The company was expectedly leaning on 2022 with sky-high optimism before it hit the Kashmir speed breaker.

5th February is marked as “Kashmir Solidarity Day” in Pakistan, a conduit for Islamabad affiliated extremists to promote their anti-India agenda worldwide. Even after getting thrashed by India thrice, Pakistan considers Kashmir as its own. Since then Islamabad has been unsuccessful in its pursuit to fuel militancy and terrorism in the region.

Read more: Biden is fuelling the Ukraine crisis at the cost of friendly relations with Japan

And Hyundai was not alone. Kia Motors, Domino’s, Suzuki, Bosch Pharmaceuticals, KFC and Toyota were some top international brands that were spotted backing Pakistan’s Kashmir campaign.

In no time, these posts were all over the place on Indian social media. Infuriated users started the #BoycottHyundai campaign on Twitter and Facebook. People naturally saw it as Hyundai’s direct assault on India’s sovereignty. Kashmir always had a tinge of sentimentality when looked at from an Indian perspective, given Pakistan’s futile obsession with this part of Indian territory.

Frankly speaking, Indian people felt snubbed. Hyundai is one of the most loved foreign brands in India. After Maruti Suzuki, Hyundai takes pride in being India’s largest carmaker. Only in December last year, the automaker announced plans to invest around 4,000 crore rupees to drive in around six electric vehicles in India by 2028.

To see Hyundai promoting anti-India agenda on Kashmir took Indians by surprise. Along with the #BoycottHyundai campaign, #BoycottDominos, #Boycott Kia and #BoycottKFC also gathered steam on social media platforms.  Sensing the outrage, the Indian government entered the fray to alleviate its frustrated citizens.

Indian government lashes out at Hyundai

The MEA spokesperson Arindam Bagchi responded to media queries on social media posts by Hyundai Pakistan while marking the Kashmir Solidarity Day on February 5. As per his statement, three important developments have taken place-

New Delhi has made it clear that it won’t tolerate any adverse remarks on its territorial integrity. Bagchi said, “The strong displeasure of the Government on the unacceptable social media post by Hyundai Pakistan was conveyed” to the South Korean Ambassador.

The MEA spokesperson added, “It was highlighted that this matter concerned India’s territorial integrity on which there could be no compromise. We expected the Company to take appropriate action to properly address these issues.” The spokesperson also said that the Korean Foreign Minister “also conveyed that they regretted the offence caused to the people and Government of India by the social media post.”

Bagchi himself said, “India welcomes investments by foreign companies in various sectors. But, it is also expected that such companies or their affiliates will refrain from false and misleading comments on matters of sovereignty and territorial integrity.”

Hyundai had to buckle under massive pressure from both  New Delhi and the incensed users on social media. On Tuesday, the South Korean giant issued an apology to the Indian government and the Indian people.

The company said its independently-owned distributor in Pakistan made “unauthorized” Kashmir-related social media posts from its accounts, and “misused the Hyundai brand identity”. “We deeply regret any offence caused to the people of India by this unofficial social media activity. We have put in place processes to prevent a future recurrence,” Hyundai said.

Only an imprudent company would consider backing Pakistan over India. Pakistan’s economy looks shattered, where only 6% of households own cars. Pakistan produces around 200,000 cars in a year where the number in India stands at 4 million. Nobody from India asked Hyundai to choose one market over the other; however, Hyundai Pakistan’s misadventure has now forced Indians to drag its counterpart in India to the geopolitical arena.

The stern response from the Indian government is a clear message to business enterprises worldwide. Supporting Pakistan’s stance on Kashmir would not only hurt their business interests in India but may also end up spoiling friendly diplomatic relations between India and their respective countries. Unprecedented support from these big international brands may have excited Pakistani extremists this year, but the life lesson from Indians will surely keep them from pursuing such adventures in the future.