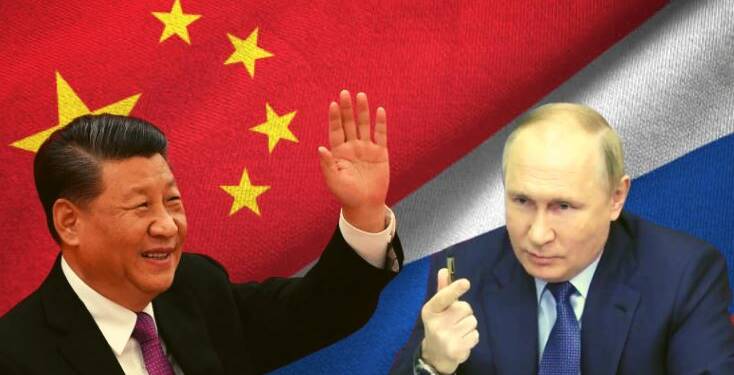 As per the US officials, Russia could invade Ukraine anytime now. It has already amassed more than 100,000 soldiers on the Russia-Ukraine border, and the US believes that Vladimir Putin has already ordered its military to launch an offensive. On Saturday, the US president Joe Biden also had a telephonic conversation with Putin to warn him of possible sanctions that would follow a Russian attack on Ukraine.

Possible US response to a Russian invasion

The US is already attempting to court its Western allies to impose heavy sanctions on Russia if Moscow invades Kyiv. Derek Chollet, the counselor at the state department, warned that the Russian president would suffer a “major strategic setback” if he invaded Ukraine given the scale of the penalties being lined up by the west.

On the other hand, Russia is alleging that Biden paid no heed to Moscow’s security concerns over Ukraine’s accession into NATO. All in all, both sides are showing no willingness to budge and give up their hostile attitude against each other.

Every attempt of cooling down tensions on the Russia-Ukraine border has failed to yield the desired result so far. A war looks imminent, which will inevitably trigger Western sanctions on Russia. But, would they have enough teeth to inflict any harm on Russian interests?

China- an escape hatch for Russia

There are plenty of reasons to believe that Western sanctions won’t make any difference on the Russian economy as they did back in 2014 after the Russian annexation of Crimea. In 2014, Western sanctions reined in Russia’s access to loans from the EU and US. This, in turn, raised borrowing costs for Moscow and aggravated its financial woes.

In 2014, Russia was far more dependent on Western financing than today. Consider these numbers: Overall liabilities from the US and EU in the fourth quarter of 2013 stood at $218 billion; however, the number today stands at just above $59 billion. Interestingly, Russia has managed to receive credits from non-Western and non-Chinese sources over the past six years.

So, any western sanction on Russia in aftermath of an invasion of Ukraine will only harm Russian finances worth $59 billion. Russia can easily manage loans worth this amount from either Chinese or other non-Western sources.

Read More: How Putin cunningly played the China card to insulate Russia from US sanctions

How does Russia use Chinese banks during times of crisis?

China: a lifesaver or an opportunist?

China’s role in lending Russia as a helping hand in times of crisis is highly disputable. In 2014, China had tremendous leverage over Russia, and it extracted its pound of flesh at the expense of the Russian economy. China exploited its trade ties with an isolated Russia, which resulted in increased borrowing costs for businesses of the Russian federation.

But in 2022, the situation is different. Today, China’s need to have good ties with Russia is symmetrical to vice versa. China is isolated, and most importantly, it needs Russian auspices to keep its energy supply chains up and running. China rushed to finalize the Power of Siberia-2 gas pipeline project with Russia after its ties with Australia (China’s largest gas supplier) went downhill.

As of today, China acts as a great escape hatch for Russia. If the Western nations now choose to impose sanctions on Russia, it will barely have any impact on the Russian economy. Moreover, it already has a viable option to shift its financial supply chains to China and to ask Chinese banks to fill the void.