China locks up 1.5 million Chinese to harvest their organs and pocket $1 billion every year 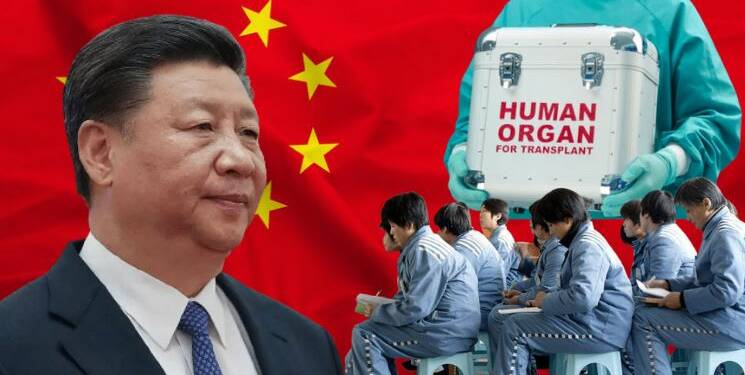 At a conference in Brussels late last year titled ‘China: Forced Organ Harvesting and the CCP,’ it was revealed that China performs ‘thousands’ of organ transplants each year and that the practice is a “crime against humanity.” According to the conference, many of the people targeted for organ harvesting are members of the Falun Gong minority group. Under the subject of the Chinese Communist Party, the conference heard and examined evidence of forced organ harvesting in China.

While the practice has been reported back in 2019, and has led to years of discussions, the year 2022 has increased the concerns. This is because on the one hand China is not doing too well economically and on the other hand, the witch hunt against Xi Jinping’s challengers has increased. These two developments create a very sinister environment where the intensity of organ harvesting can increase manifolds.

An international tribunal has found that China is forcefully harvesting the organs of tens of thousands of political prisoners in order to establish a $1 billion-a-year medical black market. Human rights organizations have been concerned for years that many of the estimated 1.5 million prisoners confined in prison camps are part of a nefarious human farming scheme. However, the newly established China Tribunal in London has concluded that state-sanctioned forced organ harvesting is taking place on a huge scale.

Also read: Jinping cracks down on loyalists too as coup fears worsen

The impartial tribunal, which included members from the United States, the United Kingdom, Malaysia, and Iran, as well as specialists in human rights, transplant surgery, and international relations, heard over 50 witnesses and evaluated a massive amount of visual and written evidence over the previous year. This includes testimony concerning heinous crimes, such as the removal of organs from living people. Dr. Enver Tohti was a surgeon in China who was assigned to take organs from unwilling individuals.

“What I recall is with my scalpel, I tried to cut into his skin, there was blood to be seen,” Dr Tohti told the tribunal of one such live procedure. “That indicates that the heart was still beating … at the same time, he was trying to resist my insertion, but he was too weak.”

The brute scale of inhumanity

According to the investigation, the quantity of surgeries conducted, the unusually short waiting lists for recipients, and the expansion of facilities proved “beyond a reasonable doubt” that “forced organ harvesting has been perpetrated on a substantial scale throughout China for years.”

The tribunal, which was presided over by Sir Geoffrey Nice QC, heard that the majority of those killed for their organs were political prisoners from the Falun Gong movement as well as ethnic Uyghurs. According to Sir Nice, the practise constituted genocide, industrial-scale murder, and torture, which China continues to deny.

The tribunal heard that forced extractions have been occurring since at least 2001, while the practice most likely began far earlier. The tribunal discovered that over the preceding two decades, an estimated 60,000 transplant surgeries were performed each year, the majority of which used organs from slain convicts.

Edward McMillan-Scott, a former UK Liberal MEP and former Vice-President of the European Parliament, was also present. Falun Gong practitioners are “tortured” and “murdered each year for their body parts,” according to the Briton, who has met “hundreds” of them in China. “This is a horrific crime, and the international community needs to wake up to this,” he stated online from the United Kingdom.

There’s a growing body of evidence that this is genocide and a crime against humanity. He claims that harvesting is ordered by individuals at the top of China’s administration and leadership. These statistics are enough to bring tears to the eyes of the readers, the situation is bound to get much worse as the number of people behind bars are at an all time high, in comparison to the post-Mao era. Add to this, the possibility of the expansion of the harvesting programme, the situation becomes equivalent to any description of hell on earth.