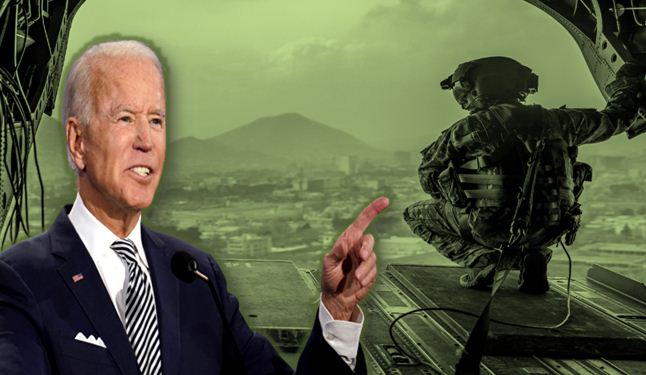 This Tuesday, the Deputy Defense Secretary of the US, Kathleen Hicks, released a report titled “State of Competition in the Defense Industrial Base”. The 30-page report was released to fulfil the executive order signed by US President Joe Biden around last July. The report says that the decades of industry consolidation have reduced beneficial competition for defence contracts.

What did US Deputy Defense Secretary say?

In a statement, the Deputy Defense Secretary of the US, Kathleen Hicks said, “A vibrant, competitive and diverse defence industrial base will be critical to our success”. “As Department of Defense works to innovate, bring new technologies into our supplier base, and develop the workforce of the future, American small businesses and our U.S. industrial base must expand not only to improve resiliency but to ensure we can meet the needs of our warfighters for tomorrow’s high-tech challenges”.

She further said, “Small businesses have struggled to win defence contracts. Their presence in the defence industrial base has shrunk by over 40 per cent in the past decade. The data shows that if we continue along with the same trend, we could lose an additional 15,000 suppliers over the next 10 years”. According to her, the US Needs More Military Arms Makers. She further added, “According to the White House-ordered study, Defense firm consolidations have killed competition for government contracts and that’s why the industrial base must expand”.

Also Read: The Saudi-Iran friendship is a nightmare for the American military-industrial complex. Biden is ensuring that it does not happen

What does the report say?

The report cites the consolidation of the defence sector going back to the 1990s, when the United States had 51 prime aerospace and defence contractors and now only has five: Lockheed Martin, Raytheon, General Dynamics, Northrop Grumman, and Boeing.

This consolidation means that there is less competition and more risk regarding supplies of equipment and weapons. In 1990, 13 contractors supplied tactical missiles; now there are only three. Only one contractor, General Dynamics, makes tracked combat vehicles, down from 3 in 1990. Just 2 companies still build surface warships – General Dynamics and Huntington Ingalls – down from 8 in 1990.

The report also has a recommendation for the department of defence to work on ensuring resilience in the supply chain for five priority industrial base sectors: casting and forgings, missiles and munitions, energy storage and batteries, strategic and critical materials, and microelectronics.

A recent statement from the White House said, “Such consolidation leaves Department of Defense increasingly reliant on a handful of companies for critical defence capabilities. It also hurts taxpayers, as companies no longer feel the competitive pressure to innovate or perform at the highest level to win contracts”.

The Deep State and the Nexus:

Read More: Biden ensures that America’s Arms Industry complex can sell weapons to even the most rogue nations

The US which already has the biggest MIC and highest number of private arms manufacturing companies in the world is now planning to expand it to the next stage. More weapon manufacturing companies, military hardware’s and supply are demanded only in the face of a conflict. For the US, it’s innate to create new conflicts and fuel the ongoing ones across the world.

It was Biden who demanded this report through an executive order. That’s because Biden’s policies revolve around warmongering and instigation. Biden knows that by sprouting out more and more conflicts, he would invariably profiteer with the massive sale of weaponry around the affected nations. This stands as a reason why Biden is destined to order the implementation and execution of the recommendations of this report and expand the already humongous US Military-Industrial Complex with new weapon manufacturing companies.