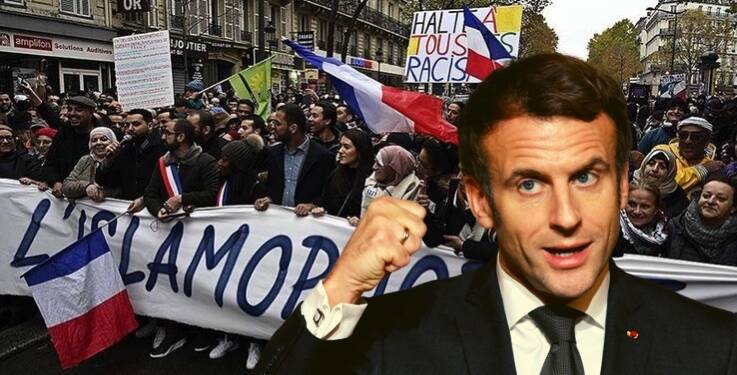 For quite some time the European continent in general and France, in particular, has seen a burgeoning problem of increasing extremism among its Muslim population. However, unlike other countries and their leaders, French President Emmanuel Macron has not hidden behind the veil of political correctness and focused on getting rid of the problems face forward.

He had previously stated that the French government would ensure that Islam is not politicised and that no facets of Islam are decoupled, resulting in the creation of a parallel society. His government has also taken actions to ensure that the larger Muslim population is able to assimilate with the French society and its accompanying culture.

The Charlie Hebdo attacks and the beheading of Samuel Paty, a history teacher among other such incidents, in the past couple of years have made France realise that there is a problem that needs to be addressed. Macron did not only condemn radicalism but also acted against it.

An interesting case of reverse migration

His administration made it clear that he rejects radicalism and that radicals will have to either exit France or mend their ways. He even banned radical groups in a bid to protect French freedoms and liberty. Last year, French policymakers suggested introducing a provision restricting prayers in university corridors as well as religious practices that could obstruct educational activities to the draught bill, which has been criticised for alienating Muslims.

These steps among others have reduced the space for the radical followers of Islam in France. And now, the impact is amply visible. According to a report published in the French newspaper Le Journal du Dimanche on Wednesday, Turkey has become an attractive destination for Muslims fleeing France as a result of such measures.

Many French Muslims of North African heritage claim to have settled in Gulf countries, but Turkey has been a major migration destination for them in recent years. Thibault, a 32-year-old baker from Isere, France, migrated to Bosnia and Herzegovina and then to Norway. He and his wife and two children eventually relocated to Istanbul, Turkey, more than a year ago.

David Bizet a Muslim convert, who founded the Facebook group, “Immigration to Turkey”, is also living in Turkiye since 2019. He is originally from Dijon in eastern France.

From left’s darling to a French nationalist

When Emmanuel Macron rose to power in 2017, the liberal fraternity across the world erupted in joy as they felt that they have added yet another leftist leader to their elite group.

Fast-forward to 2022, courtesy to the experiences of the French people, the same Macron has turned into the most hated guy among the left-wing cabal as he prioritizes Franch security over being politically correct.

Back in 2020, the French President had said, “Islam is a religion that is in crisis all over the world today, we are not just seeing this in our country.” He had further said that the minority of France’s estimated six million Muslims were in danger of forming a “counter-society”. The French government has since tried its best to assimilate the larger Muslim population with the French ideals and at the same time modernise them.

While the larger population wants to modernise and progress forward with their French compatriots, a section of highly radicalised people are finding it more and more difficult to exist. This has created an uncommon yet interesting development, where the section of co-religionists with views not in line with the French society is moving out of France and going back to the societies where the extremist views are not only accepted but also appreciated, an example being Erdogan’s Turkey.