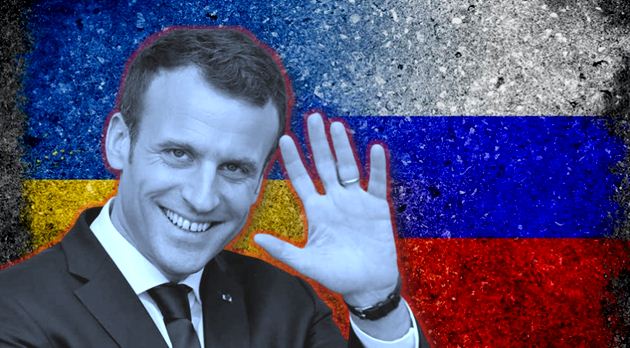 French President Emmanuel Macron, for some time now, has been trying to negotiate and solve the Ukraine – Russia crisis with peace. For this, he recently did a diplomatic tour of Ukraine and Russia. He met Russian President Vladimir Putin in Moscow and Ukraine’s President Volodymyr Zelensky in Kyiv for peace talks and discussed solutions to the rising border conflict.

Macron has also been trying to bring the US, other EU and European nations together for a peaceful solution to the conflict. Now, it seems that Macron has finally succeeded in his efforts and he may have just solved the Russia-Ukraine crisis for good.

U.S. President Joe Biden and his Russian counterpart Vladimir Putin have “in principle” agreed to hold a bilateral summit followed by a meeting with all relevant parties on the security situation in Europe. This happened after both leaders spoke with French President Emmanuel Macron on Sunday.

Macron spoke with Putin twice on Sunday, the first time for an hour and 40 minutes and the second for an hour, as Western leaders attempt to de-escalate the crisis sparked by the deployment of more than 100,000 Russian troops near Ukraine’s borders. Macron’s second call with Putin came after the French president spoke with Biden for around 15 minutes.

The summit would be prepared by U.S. Secretary of State Antony Blinken and Russia’s Foreign Minister Sergey Lavrov during a meeting scheduled for this Thursday, February 24. The Elysée informed that President Macron will work with all stakeholders to prepare the content of these discussions.

White House Press Secretary Jen Psaki said in a statement, “Secretary Blinken and Foreign Minister Lavrov are scheduled to meet later this week in Europe, provided Russia does not proceed with military action. President Biden accepted in principle a meeting with President Putin following that engagement, again, if an invasion hasn’t happened”.

She added, “We are always ready for diplomacy. We are also ready to impose swift and severe consequences should Russia instead choose war. And currently, Russia appears to be continuing preparations for a full-scale assault on Ukraine very soon”.

Read More: With back to back visits to Ukraine and Russia, Macron is making it clear who the boss is

Macron first proposed the summit between Biden and Putin to discuss security and strategic stability in Europe. After all, It’s undeniably a success for Macron’s form of diplomacy as both Biden and Putin have finally given a yes nod to participate in such a summit. This flawless execution of the interlocutor role in due time will place France in the leadership position across the whole of Europe and for sure the EU.

TOP 39 Jack Kerouac quotes you can share with friends