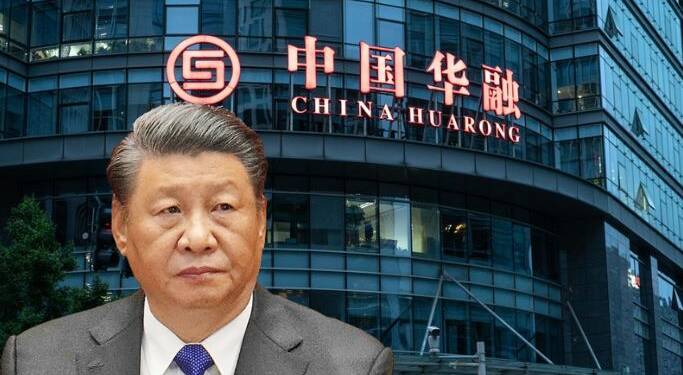 All of the answers to China’s economic disaster have proven to be complete failures. Every enterprise or industry that the Chinese Communist Party touches appears to be in ruins. The China Huarong Asset Management Company was the example at the beginning of the year. The state-controlled investors who were forced to bail out China Huarong Asset Management Co. lost more than $4 billion on the first day after the poor asset manager resumed trading after a nine-month suspension.

However, even after this experience, the Chinese Communist Party has given the charge of collapsing the Chinese economy. Three months ago, Chinese authorities averted a potentially cataclysmic collapse of the country’s largest distressed debt management. As property defaults rise, they’re turning China Huarong Asset Management Co. and its counterparts into a vital line of defence for the $54 trillion financial systems.

According to people familiar with the matter, regulators have asked Huarong and other so-called AMCs to buy property assets from troubled developers and formulate plans for taking over or restructuring smaller lenders in recent weeks, indicating a growing urgency within Xi Jinping’s government to stabilise the world’s second-largest economy.

Authorities are also exploring new funding for AMCs, which would improve their capacity to prevent real estate market stress from spilling over into the banking system, according to the people, who declined to be identified because they were discussing private information.

History of the firm

The bad-debt companies eventually grew beyond their basic goal, forming a network of subsidiaries to engage in other financial activities and borrow billions from the bond market. Huarong was the most aggressive of the four firms under former Chairman Lai Xiaomin, who was executed in January last year for crimes including bribery.

Everything that CCP puts its hand on decays and the year 2021 witnessed Xi Jinping comprehensively decimating the Chinese economy to shreds. The real estate sector that used to pump China’s GDP numbers has been hit by the Evergrande crisis and debt defaults by other property companies. Meanwhile, things are getting worse with a severe power crisis and President Xi Jinping turning into a radical Maoist leader.

Read more: Jinping hits the panic button as Chinese investors move their money out of China

What people in China fear is the growing likelihood of an action-packed campaign by Xi against the Communist nation’s private enterprises and businesses. They fear that the CCP will suddenly seize their assets and leave them impoverished. Over the past year, such sentiments have only got aggravated due to Xi’s wide-ranging crackdown on the tech sector, ed-tech companies, fintech real estate and other private businesses.

In 2022, China’s economy will face a number of challenges, including a property slump and the ongoing epidemic. This year, the real estate industry will require at least $140 billion in bonds, coupons, and trust products to cover maturing bonds, coupons, and trust products. As of September, banks had outstanding loans to the real estate sector totalling 51.4 trillion yuan, accounting for 27% of overall lending and higher than any other industry.

By the end of December, total non-performing loans had reached a new high of 2.85 trillion yuan, with the biggest rises coming from city and rural banks. Last year, the central bank designated 422 financial institutions as high-risk organisations, the majority of which were small rural banks.

According to a Bloomberg report, Huarong, Cinda, and other bad-debt managers might help protect banks from the corrosive consequences of 126 billion yuan in troubled property loans. The usage of AMCs, according to Andrew Collier, managing director of Orient Capital Research Inc. in Hong Kong, is another way to backstop the economy without adding to the central government’s debt burden.