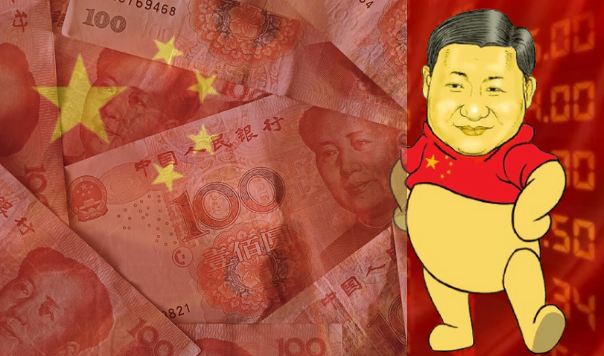 The Chinese economy is in a bad state. There is absolutely nothing going right for the Chinese economy. The real estate sector that used to pump China’s GDP numbers has been hit by the Evergrande crisis and debt defaults by other property companies. Meanwhile, things are getting worse with a severe power crisis and President Xi Jinping turning into a radical Maoist leader.

Meanwhile, Chinese investors are not investing in China any longer. They are parking their cash elsewhere. They are looking to invest in Japanese and Singaporean real estate markets. Some are even going as far as Portugal for property investments.

However, Xi wants their money. With China in a desperate situation, he wants their cash and wants to ultimately nationalise private wealth. So, Xi and rich Chinese citizens end up playing the police-and-thief game.

As per Reuters, Chinese officials are planning a new crackdown- offering offshore trading services to mainland China clients by online brokerages like Futu Holdings Ltd and UP Fintech Holding Ltd.

The prospective ban would end up restricting millions of retail investors in mainland China from trading securities easily in foreign markets such as the US and Hong Kong. This is a part of Xi’s strategy to keep the rich from parking their cash abroad.

Chinese authorities had also raised concern about “cross-border” brokerages in October, signalling how Xi had a problem with such offshore trading. And to push through with this plan, Beijing is taking the excuse of data security.

State-Owned People’s Daily warned that vast amounts of data collected by the brokerages were at risk if American authorities required such data. You know, since the Chinese government diligently guards the data of its citizens and doesn’t peek into their personal life, it is concerned about data security.

The Chinese authorities are also said to be worried about capital outflows due to offshore trading by online brokerages, and this is the main issue.

Within China, the rich don’t have a patriotic mindset or nationalistic sentiment. They do lobby for Chinese Communist Party (CCP) membership so that they can win favour with the Chinese government but it is their money that they care about. If the State needs their money for any practical purposes, the rich Chinese citizens simply drag their feet.

This is the reason why the number of rich Chinese individuals moving abroad to keep their financial assets secure has grown steadily in recent years. What people in China fear is the growing likelihood of an action-packed campaign by Xi against the Communist nation’s private enterprises and businesses. They fear that the CCP will suddenly seize their assets and leave them impoverished.

Over the past year, such sentiments have only got aggravated due to Xi’s wide-ranging crackdown on the tech sector, ed-tech companies, fintech real estate and other private businesses. An average Chinese businessman thus aspires to keep his money and family safe in overseas destinations.

For Xi, harking China back to the Maoist era has become a priority. What he is currently doing is the first stage of the process of turning China into a radical Communist State. Step-by-step, he is eliminating all Chinese businesses at great cost to the Chinese economy and the living standards of an average Chinese citizen.

In the next stage of his radical Communist policies, Xi will not only destroy the Chinese economy, but he will also start nationalising private resources.

As such, Xi is in dire need of rich people’s money. To create a big Communist State, Xi needs a lot of money. He simply cannot let private Chinese money flow out to overseas destinations. This is why he has hit the panic button and is finding new ways to bar Chinese investors from investing abroad.