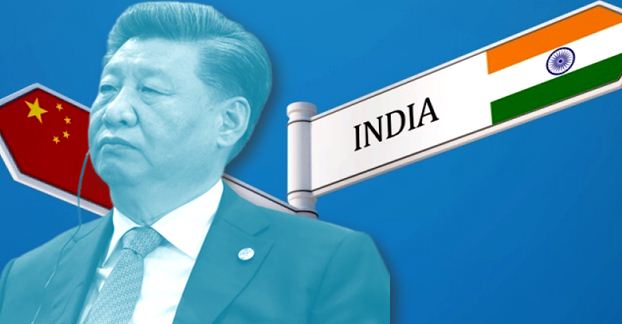 China once used to be the cash cow for Australia’s top pharma company Blackmores. The company relied heavily on Chinese “diagou” shoppers!

Diagou shoppers are Chinese visitors who buy loads of goods in Australia just to resell them back at home. In 2016 and 2017, demand from these diagou shoppers would easily outrun supplies, thus shoring up revenues and profits for the company.

But everything changed in 2020. The interminable pandemic brought down the number of travellers pouring in from China into Australia. The diagous disappeared and supply chains got throttled.

But the company was yet to see its worst! Australia locked its horns with China over the Covid origin question, prompting a rattled China to impose sanctions and heavy duties on goods coming in from Australia.

Last year, all Australian businesses received a warning from the Australian government over their over-reliance on Chinese markets.

Australian companies were told to hunt for alternate markets. The relations with China would get even worse in the coming months, and with no respite in sight, Australian businesses turned to India and Southeast Asia.

Blackmores was in a precarious position. Moving beyond China was not something the company’s administration had planned for! Notwithstanding the risk involved, the company chose to move ahead and try its luck in Thailand and Indonesia. Last September, the company launched its business in India in partnership with Amazon India.

Fast forward to today, the company has today acquired heaps of fortunes as it registers to record profits in Southeast Asian markets. As reflected in the company’s latest results revealed this Thursday, the company booked a 9.6 per cent rise in underlying net profit for the first half despite a significant slump in the domestic business.

Blackmores’ overseas business is leading the charge, with revenue up about 50 per cent. The biggest growth has been recorded in the Indonesian market where the company saw an unprecedented 110% growth.

Mr Symington said 110 per cent growth in the massive market of Indonesia was particularly pleasing, driven by consumers snapping up vitamin D and zinc to improve their immunity.

Thailand looked like another promising market where the company expanded its business by at least 40%. But Blackmores is not happy without replicating this success in the most prized global market—India.

The company recently entered a joint venture with Udaan, India’s largest business-to-business e-commerce platform, and is expecting to expand the reach of its products to independent pharmacies in at least 10 metro cities, which is home to well over one billion people.

“There’s a lot of promise in that India business,” Mr Symington was quoted as saying by NCA NewsWire.

India- the only answer to the China problem

This shows that the answer to the China question is India. Last year, India had also effectively cancelled China’s war coal war against Australia by importing all the stranded coal shipments at Chinese ports.

Australia is highly dependent on its trade with China that roughly equals 31% of its total trade overseas. It needs India to offset the losses it may incur in the Chinese market. As seen in the case of Blackmores, the countries around the world are better off trading with China and partnering with friendly nations like India and Indonesia.

Canada destroys Amazon after preaching the world about climate change