China was stealing Russian military technology, gets caught by Australia 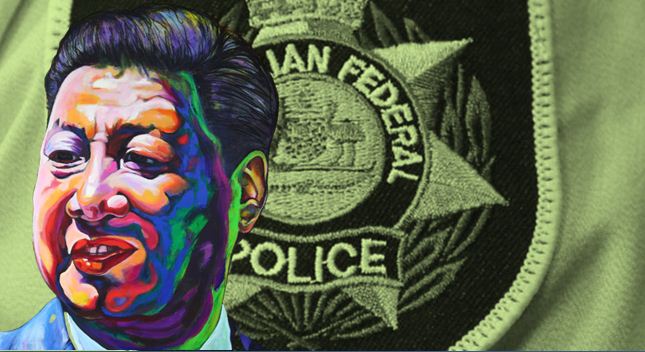 Recently, China hosted the Beijing Winter Olympics. It was what everyone expected to be a flop show. But there was one thing that grabbed eyeballs- the meeting between Russian President Vladimir Putin and Chinese President Xi Jinping. Soon, people were conversing about the Russia-China axis to fight off the West.

Yet, the enthusiasm was short-lived, as Canberra has now dropped a bombshell that is likely to sabotage the idea of Sino-Russian cooperation. Australian police have exposed how China was trying to smuggle Russian defence equipment.

Australian Federal Police (AFP) has reportedly intercepted a plan by two Queensland-based businessmen to transfer defence equipment from Russia to China. The revelation emerged during a broader probe into a suspected CCP spy network in Australia. Interestingly, the spy network holds some murky tie-up with a relative of Chinese President Xi Jinping.

Chinese born Gold Coast accountant Kim Bowei Lee and Russian-born Brisbane entrepreneur Alexander Cher have been indicted in the present case and have been charged with violating provisions of Australia’s Defence Trade Control Act. The duo is accused of partnering with another Chinese national and former Melbourne businessman Brian Chen, who is presently underground facing an Interpol red notice.

The sensational story began way back in August 2016, when Australian officials tracked down an unusual private jet flight, which was hosted by an Aussie casino. There were some high profile passengers on this private flight from Gold Coast to New Zealand, including Lee,  Xi’s cousin Ming Chai – an organised criminal based out of Melbourne and casino junket operator Tom “Mr Chinatown” Zhou. Apart from them, there was another person on the flight who is believed to have links to the Chinese intelligence.

It was only after intercepting this flight that Australian authorities unearthed a Chinese spy network running in the country. And now, further details have emerged in the same case that point out how the Chinese spy network may have been trying to smuggle Russian military equipment into China.

Russia likely to get all worked up

The latest reports coming from Australia are likely to pit Russia against China. The present case involves many details that point out how the CCP and the Chinese intelligence establishment seem to be deeply involved in the entire transaction. A Russian-born element is also said to be involved in the case, but that doesn’t show any sign of the Russian State backing the transaction. This is likely to revive concerns of reverse-engineering and stealing of defence designs by Beijing.

Russia guards its defence industry diligently because it forms the core of its economic growth and foreign policy. Yet, last year, the research published by Boston-based cybersecurity technology company Cybereason had revealed that a threat actor believed to be acting on behalf of the Chinese State-sponsored interests, was spotted targeting a Russian defence contractor making designs for nuclear submarines for the Russian Navy.

In June 2020, it was reported by TASS that Valery Mitko, President of the St. Petersburg Arctic Social Sciences Academy, was charged with treason. Mitko was accused of spying for China. TASS quoted his lawyer as saying, “According to the investigation, during his trip to China, Mitko handed over classified materials to the Chinese intelligence. After his return to Russia, a search took place in his apartment; he was charged with [treason].”

Russia’s State-owned defence conglomerate Rostec had even flagged the issue of Intellectual Property theft by the Middle Kingdom.

Yevgeny Livadny, Rostec’s chief of intellectual property projects, had said, “Unauthorized copying of our equipment abroad is a huge problem. There have been 500 such cases over the past 17 years. China alone has copied aircraft engines, Sukhoi planes, deck jets, air defence systems, portable air defence missiles, and analogues of the Pantsir medium-range surface-to-air systems.”

The latest revelation by AFP undoubtedly drives a deep wedge between Beijing and Moscow.

Russia and China have already faced tensions over Beijing’s clinging to copying Russian defence designs. India and Japan have already made efforts to forge deep ties with Russia. This is what makes the latest revelation by AFP extremely important. It helps the India-Japan-Australia trilateral in wooing Russia away from China and isolating the Middle Kingdom in the Indo-Pacific.

China thought it could smuggle in Russian weapons. But it made a mistake- it signed the smuggling deal in Australia and got caught red-handed. Now, this single development could send the Sino-Russia relationship in free fall and further marginalise the Communist country amidst a growing global backlash.