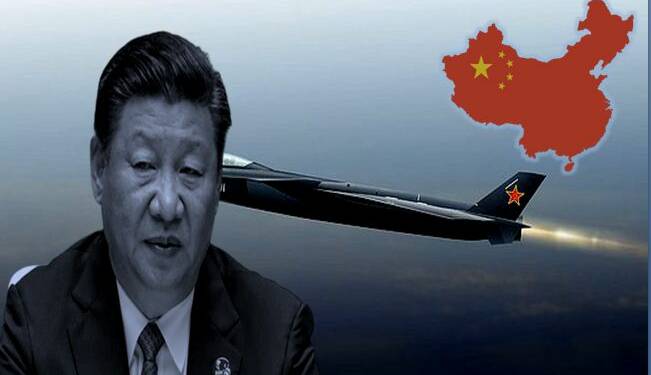 Good engines and fighter aircraft in China are like those lovers that never see their story reaching fruition. There is no happy ending when it comes to the tale of engines and Chinese military fighter aircraft. Why is it so? Because China has not quite understood how to build, develop and mass-manufacture good engines. It relies heavily on Russia for its stock of aircraft engines, and if not for Moscow, Beijing relies on its expertise at theft to domestically manufacture substandard engines that have longevity as durable as the natural life of hamsters. Essentially, China does not know how to make aviation engines, especially those required by fighter aircraft.

Now, China’s lack of knowledge on this front is beginning to cost it a lot. China wants to mount atop its fighter aircraft something known as directed-energy weapons (DEW). What are these?

A directed-energy weapon is a ranged weapon that damages its target with highly focused energy, including lasers, microwaves, particle beams, and sound beams. Potential applications of this technology include weapons that target personnel, missiles, vehicles, and optical devices.

So, what’s the problem China is facing? Well, its most advanced fighter aircraft, the alleged “fifth-generation stealth” aircraft, J-20 “Mighty Dragon” works on the power of an engine that is simply incapable of simultaneously powering a directed energy weapon (DEW).

Read more: With one decree Biden turns Iran into a Chinese colony

According to the South China Morning Post, military analysts in China think that the Communist nation’s ambitions to arm its most advanced fighter jet with hi-tech weapons, such as lasers or particle beams, may be frustrated by its under powered engines. You see, Chinese engineers have struggled for years to produce engines powerful enough to allow the J-20 to reach its peak performance and match the likes of the US F-22.

The SCMP report added that last month, military sources said the People’s Liberation Army would start upgrading its engines, but work on a purpose-built engine has repeatedly fallen behind schedule. Ridzwan Rahmat, a principal defence analyst at military publisher Janes, said directed-energy weapon systems required large amounts of energy to be effective, and the limited thrust from the J-20’s WS-10 engines, initially designed for earlier generations of fighters, might be a major constraint.

Rahmat said, “There are lingering questions over whether China has managed to achieve the thrust required on the J-20 on current payloads with the locally produced WS-10 engines.” He added, “As such, loading the aircraft with more payloads, such as power systems for DEW, will affect the aircraft’s range and manoeuvrability.”

Russia has Tightened the Screws

The J-20 “stealth” fighter jet of China has been proven to be inherently incapable of powering directed energy weapons. China could have worked a way around this situation, had Russia opened the floodgates for the Communist nation to steal its aviation technology. However, in recent times, Moscow has tightened the noose for China and is very possessive about its military and defence technologies. China cannot seem to be getting enough information that would help it make some good engines, and that is why its dreams of mounting the J-20s with DEWs will remain just that – dreams.

Read more: China is making a new aircraft carrier but without the aircraft, because there aren’t any

China’s modus operandi is simple: buy a few jets from Russia which they can reverse engineer and make a copy of, which will then be mass-produced for its military and allies like Pakistan. During the 90s, upon purchasing the elite Su-27 fighter jets and S-300 missile systems from Russia, China reverse-engineered and came up with J-11 fighter jet and HQ-9 surface-to-air missiles which were nothing but a blatant copy of their Russian counterparts. In 2017, China rolled out the fifth-generation Chengdu J-20 fighter jets, which are copies of Russia’s SU-57E

Here’s what Yevgeny Livadny, Rostec’s chief of intellectual property projects, had said: “Unauthorized copying of our equipment abroad is a huge problem. There have been 500 such cases over the past 17 years. China alone has copied aircraft engines, Sukhoi planes, deck jets, air defence systems, portable air defence missiles, and analogues of the Pantsir medium-range surface-to-air systems.” Rostec is Russia’s state-owned defence conglomerate.

China wants to do a lot. It has big plans in place and is ambitious. Unfortunately, it lacks expertise. It has no idea how technologies are to be utilised. The Chinese scientific folk are not innovative. And then, to top it all, they are untalented. All of this results in scenarios like the PLA not getting to use weapons of its choice on fighter aircraft and other weapon carriers