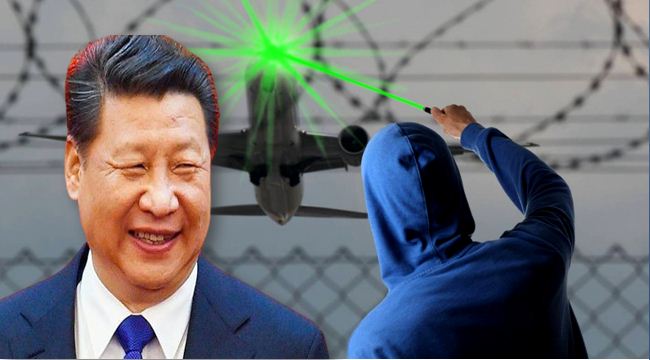 The rift between China and Australia is a geopolitical reality. Relations between Australia and China soured after Canberra banned Huawei Technologies Co Ltd from its 5G broadband network in 2018.  Also stands the toughened laws imposed against foreign political interference and when the Scott Morrison government batted for an independent investigation into the origins of COVID-19.

In a recent incident, a Chinese naval vessel pointed out a laser onto an Australian military aircraft. The Australian PM Scott Morrison termed the incident as an act of intimidation. The actual incident took place on Thursday.

Also Read: Australia’s “secret base” will be used to launch the biggest-ever missile strike on China

On Thursday, a P-8A Poseidon maritime patrol aircraft, while flying over Australia’s northern approaches, was illuminated by laser from a PLA Navy vessel. The Australian defence department said that the incident was potentially endangering the lives of people on board. The incident took place in Australia’s exclusive economic zone.

PM Morrison said that his government will demand answers from China. He said, “I can see it no other way than an act of intimidation. Unprovoked, unwarranted. And Australia will never accept such acts of intimidation”. Defence Minister Peter Dutton called the incident “a very aggressive act”. He further said, “I think the Chinese government is hoping that nobody talks about these aggressive bullying acts. We’re seeing different forms of it right across the region and in many parts of the world”.

The Australian defence department said that the Chinese vessel was sailing east with another PLA Navy ship through the Arafura Sea at the time of the incident. The sea lies between the north coast of Australia and the south coast of New Guinea.

The possibility of an attack

The CCP, for some long, has been trying to infiltrate Australian politics and society. There have been many cases like the 2020 raids by the Australian Federal Police (AFP) on organizations, homes and offices of people linked with CCP or Chinese establishment. Also, the recent Australian Security Intelligence Organization (ASIO) case where the agency caught an unnamed foreign country (most probably China) in an attempt to hack and interfere in the Australian elections.

In history too, there are lessons for Australia where a small escalation was followed by an aggressive attack, like in the case of Darwin bombings by Japan. The largest single attack ever mounted on Australia occurred on 19 February 1942, when Darwin was bombed by Japan. Often called ‘Australia’s Pearl Harbor’, the bombing of the Northern Territory capital by Imperial Japanese Navy aircraft killed more than 230 people and destroyed ships, buildings and infrastructure.

Japanese air raids continued until 12 November 1943. Over 2,000 women and children were evacuated from the region by air, road and sea. The final evacuation aircraft left Darwin just one day before the first Japanese air raid.

It gives a possibility that China may also carry out a similar kind of attack on Port Darwin in near future. China, being irritated and frustrated by the anti-China policies and decisions undertaken by the Morrison administration, definitely wants to topple it with a new government, which in China’s view should be fearful of CCP’s power and also abides by China. For this, the best possible method for China would be to instigate a limited attack on Australia. And the best place to attack would be none other than Port Darwin.

In October 2015, the Chinese owned Landbridge Group won the bid for a lease of Port Darwin. The then Country Liberal controlled Northern Territory Government granted the company a 99-year lease for $506 million. Shandong Landbridge Group is a privately held company with headquarters in the city of Rizhao, Shandong Province, China. It is owned by Ye Cheng, a billionaire with close ties to the Chinese Communist Party.

The Australian government is currently passing through its worst bilateral and diplomatic relations with Xi Jinping and the Chinese Communist Party. Both the countries have taken serious actions against each other. On one hand, China has deployed trade restrictions on Australian imports and on the other hand, Australia has openly revolted against Chinese aggression by joining Quad and buying advanced weapons from world powers.

The actions and policies of both governments are destined to remain against each other’s interests for a long time. The bigger question is that will China resort to the sly tactics that it uses with its neighbours. Seeing the track record of China, it may be already planning something big against Australia. Some kind of conflict or a pearl harbour styled attack on the China-owned Port Darwin of Australia.