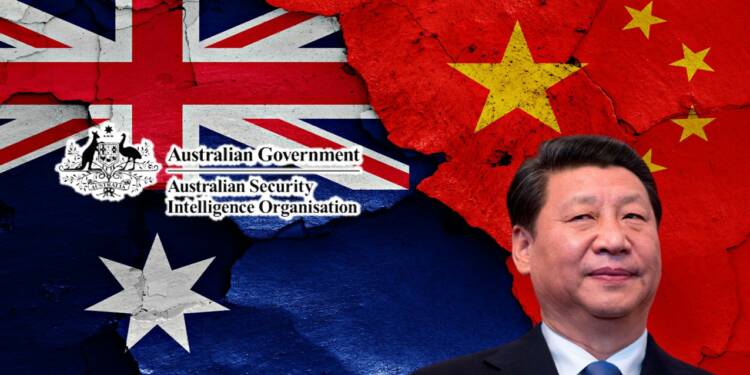 In a recent attempt to hack and interfere in the Australian elections, an unnamed foreign country was caught red-handed by the Australian Security Intelligence Organization (ASIO). ASIO is Australia’s national security agency responsible for the protection of the country and its citizens from espionage, sabotage, acts of foreign interference, politically motivated violence, attacks on the Australian defence system, and terrorism.

According to the Director-General of ASIO, Mike Burgess, the plot was an excellent example of what political interference actually looks like. He said this during his annual threat assessment speech on 9th Feb.

What did the Director-General of ASIO say?

In his speech, he said, “I can confirm that ASIO recently detected and disrupted a foreign interference plot in the lead-up to an election in Australia”. He also admitted that the agency saw attempts at foreign interference at all levels of government and in all states and territories.

According to him, a wealthy individual with direct and deep connections to a foreign government and its intelligence agencies, acted as a puppeteer for hiring an Australian proxy to secretly shape the political scene of a local electorate. It was clearly an attempt to benefit the foreign power directly by pushing its influence in the country, its politics, and its policies.

Burgess declined to name the electorate and the foreign power but noted that an offshore bank account supported the interference operation with hundreds of thousands of dollars in operating expenses.

Burgess further said, “It was like a foreign interference start-up. The employee hired by the puppeteer began identifying candidates likely to run in the election. The search was for people who either supported the interests of the foreign government or who were assessed as vulnerable to inducements and cultivation”.

He added, “The puppeteer employee used existing relationships with politicians, staffers, and journalists to select potential targets, without revealing the secret intent, the foreign connection or the puppeteer’s involvement”.

Explaining the scale of the threat, Burgess said that the puppeteer plotted multiple ways of advancing the candidates they identified through generous support, placing favourable stories in foreign language news platforms, and providing other forms of assistance. He said, “The foreign agents also investigated hiring political consultants, advertising agencies, and PR specialists to help individual campaigns, which they hoped would not just get the candidates into positions of power, but also engender feelings of appreciation, obligation, and indebtedness in the political candidates themselves”.

He warned the Australians by noting that the political candidates targeted in the plot were unaware of the scheme and, due to the use of a proxy by the foreign agent, they would not have even suspected that they were being utilized to forward the interest of a foreign power.

Also Read: Australia’s “secret base” will be used to launch the biggest-ever missile strike on China

What could have happened without ASIO’s disruption?

If the ASIO would not have disrupted the interference attempt, it could have led to several scenarios. One of them is that: Some of the candidates get elected. The puppeteer’s employee then recommends them to hire certain other associates as political staffers. These new people are also agents or proxies of the foreign government and will try to influence the politicians, shape decision-making, and help identify other political figures that can be influenced and recruited further.

Moreover, the targeted new parliamentarians might be asked for information about the party’s position on defence policy, human rights, foreign investment, or trade. This information would then be passed onto the foreign power without the knowledge of the parliamentarians.

Further, at some point, the politicians might be forced or influenced to vote in a particular way on a controversial issue, or lobby colleagues to vote in a certain way, all of which would benefit the foreign power.

Who’s behind the interference?

According to ASIO, the unnamed foreign state-power was helping friendly candidates get elected in this year’s federal elections. That clearly shows that the foreign power has a bad relationship with the current Australian government and thus wants to topple it with a government that is friendly and loyal towards it.

The current Australian government is currently suffering from the worst bilateral and diplomatic relations with Xi Jinping and the Chinese Communist Party. The Australia – China relations are at their lowest in decades. Both the countries have taken serious actions against each other. On one hand, China has deployed trade restrictions on Australian imports and on the other hand, Australia has openly revolted against Chinese aggression by steps like joining Quad and buying advanced weapons from world powers.

Read More: Scott Morrison will now use a Chinese app to run an anti-China campaign among Chinese Australians

Previously too China has been involved in hijacking and influencing attempts in various countries. Recently, the British intelligence agency issued a rare warning of a Chinese spy in the UK parliament. Also, China has been, for very long, trying to infiltrate Australian society.

In 2020, the Australian Federal Police (AFP) raided some community organizations in Victoria and arrested several people linked to the China Council for the Promotion of Peaceful National Reunification, an organization controlled by Beijing’s chief overseas influence body – the United Front Work Department.

All of these proofs point towards China as the only country which has the power, resources, influence, and intentions to interfere in Australian elections. Also, it is only China that has a larger interest in Australia, due to its strategic and geopolitical position in the Indo-Pacific. The Australian Security Intelligence Organization (ASIO), which uncovered and dismissed the recent interference efforts of China, has emerged as the real challenge for CCP. Also, it seems that ASIO is determined to dismantle any similar future attempts of CCP, in the same way, it did this time.