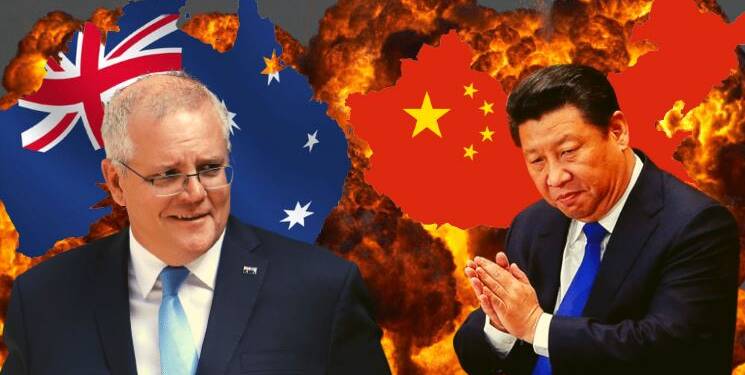 Former British spy chief Sir Richard Dearlove has made a big revelation. He has described the Pine Gap surveillance base in central Australia as “hugely important” to western intelligence collection about China’s “rather alarming” activities.

What is the Pine Gap facility?

Spies are naturally discreet about this secret Australian base. There is not much information available on the internet about the surveillance base.

Richard Dearlove said Pine Gap was “a sophisticated listening post, all right, and a lot else besides”. The former MI6 head also said, “You’ve got the massive installation, which is partly NSA [US National Security Agency], at Pine Gap and that’s really important because, well, it’s an intercept intelligence site.”

However, some important details were revealed by the National Security Agency whistleblower Edward Snowden As per a top-secret NSA report dated April 2013 that was leaked by Snowden, Pine Gap plays a significant role in supporting both intelligence activities and military operations.”

One of its key functions is to gather geolocational intelligence that is used to conduct pinpoint airstrikes. The base has a special section called “geopit” for this function. And an August 2012 NSA “site profile” of Pine Gap stated that it is equipped with “a number of tools available for performing geolocations, providing a broad range of geolocation capabilities … in conjunction with other overhead, tactical, fixed site systems.”

How the base helps the US in warfighting

Richard Tanter, a professor with extensive study of Pine Gap said that the documents “provide authoritative confirmation that Pine Gap is involved, for example, in the geolocation of cellphones used by people throughout the world, from the Pacific to the edge of Africa.”

Tanter added, “It shows us that Pine Gap knows the geolocations — it derives the phone numbers, it often derives the content of any communications, it provides the ability for the American military to identify and place in real-time the location of targets of interest.”

So, we do know that the base helps the US in tracking down targets, literally all over the globe and this is why the US has been benefitted greatly in its military operations from Pine Gap. A Sydeny Morning Herald report in 2002 stated, “Pine Gap gears for war with eye on Iraq.” The base is also alleged to have contributed to US drone strikes in the Middle East.

How Pine Gap can help the US crack down on China

As per Richard Dearlove, Pine Gap, which is located near Alice Springs in Australia’s Northern Territory was “crucial to, let’s say, western coverage of China”. His remarks also seemed to suggest that Australia is much more powerful than what all of us think. The former British spy chief said that Australia had “a very sophisticated intercept capability”.

Australia is, of course, a member of the Five Eyes intelligence sharing alliance that also includes the US, the UK, Canada and New Zealand. This helps the country in accessing world-class intelligence gathering technologies for its national security purposes.

Read more: ‘Your eyes will be plucked out,’ A frustrated China tells US, Britain, Canada, Australia and NZ

Moreover, the location of the base in Australia will be even more advantageous for the United States intelligence and military services in the Indo-Pacific. The base is said to have been used for evolving U.S. and Japanese missile defence systems in face of North Korea’s rapidly expanding nuclear programme.

Since the base is said to help in the collection of signals intelligence and targeting of nuclear weapons, there is every possibility that the West uses it for keeping an eye on China’s nuclear programme and to develop adequate responses against it. If the US could evolve a response to North Korea’s missile threat through Pine Gap, there is every possibility of the American intelligence doing the same with China.

Also, with the AUKUS deal, the UK, the US and Australia have also developed a joint submarines programme. This means that the shared submarines capabilities can be linked up with intelligence sharing for intercepting any Chinese military aggression in the South China Sea region, Taiwan or Japan’s Senkaku Islands.

Pine Gap is therefore not just a super-secret base that almost seems to have come out of a sci-fi thriller but also a proper endgame for Chinese belligerence. To be precise, everything that Beijing is doing will be watched by its enemies through this highly strategic Australian asset.