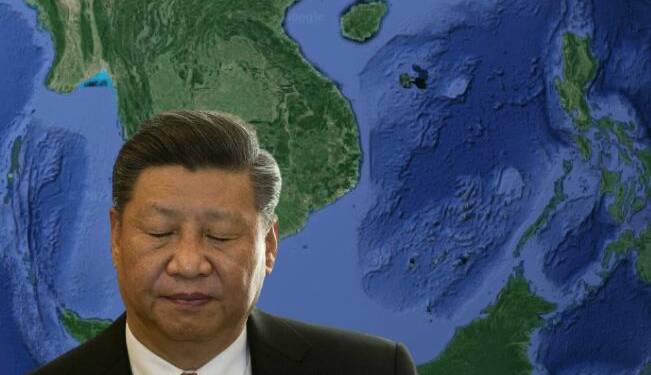 China has been digging its own grave in the South China Sea for quite some time now. You see, no country likes to be bullied. No country likes to be looked down upon, and no country will take aggressive Chinese military advances lying down. The consensus within ASEAN is now clear – China needs to be taught a lesson. If one pays close attention to the developments in Southeast Asia, it will not be difficult to realise that nearly all ASEAN countries, barring Laos, Myanmar, Thailand and Cambodia are standing up to China and challenging its claims and manoeuvres in the region.

China has taken a series of self-destructive steps in the South China Sea. The most fatal and blunderbuss among them have been Beijing’s heightened coast guard patrols and military exercises in disputed waters from 2020, its harassment and mistreatment of vessels belonging to ASEAN countries in the South China Sea, and of course, its decision to allow the Chinese Coast Guard to enforce Beijing’s unsubstantiated maritime claims in the region by force, if necessary.

Southeast Asia Stands Up to China

Indonesia, the Philippines, Malaysia, Vietnam, Singapore, Brunei, among others are all beginning to pose a severe challenge to China’s aggressive practices in the South China Sea. For a very long time, these countries maintained an uncomfortable silence over China’s increasing belligerence against them. But they have now decided enough is enough, which is why they are forming an unofficial anti-China group, out of the purview of ASEAN, to take on Beijing.

The Philippines, to begin with, has decided that appeasing China is not an option and will prove to be a suicidal strategy if followed. So, it has worn the cap of a China hawk and is making life miserable for Beijing. The Philippines has stepped up patrols in the South China Sea and intends to deploy Coast Guard vessels to Thitu Island in the Spratlys. It has also embraced the United States once again and has decided to develop a ‘bilateral maritime framework’ and resume construction projects under the 2014 Enhanced Defense Cooperation Agreement (EDCA), which allows the U.S. to access and upgrade select Philippine military bases.

All of these aggressive acts have infuriated Malaysia. Foreign Minister Saifuddin Abdullah admitted that Malaysia expects China’s harassment to continue as long as the operations at Kasawari go on but is committed to persevere in face of adversity.

Indonesia, the largest country in the Association of Southeast Asian Nations (ASEAN) is looking to punish China and is leading the charge against the communist nation. You see, China went as far as asking Indonesia to not drill in its continental shelf in the North Natuna Sea, because the CCP says that it owns this territory. China was trying to restrain Indonesia from drilling it’s oil and natural gas. But a gutsy Indonesia went ahead with a six-month drilling project anyway, and at the end of it, termed the same a “victory”.

Indonesia’s Maritime Security Agency has invited Brunei, Malaysia, the Philippines, Singapore and Vietnam to convene this year as a part of the ASEAN Coast Guard Forum, which met virtually in October last year. Vice Admiral Aan Kurnia, chief of the Indonesian maritime security agency said, “We will share experiences on how to respond in the field when we face the same ‘disturbance’,” in a veiled reference to China.

According to the East Asia Forum, such a minilateral effort outside of the ASEAN umbrella has not occurred since 2015, when the foreign ministers of Malaysia, the Philippines and Vietnam held two meetings on the South China Sea dispute.

For the uninitiated, China has been calling the shots in ASEAN for the past few months, since the association’s presidentship currently lies with Cambodia. Cambodia, being a de facto lackey of China, is taking ASEAN towards a major split. Beijing is trying to play into ASEAN’s fault lines and is actively looking to pull countries like Myanmar, Thailand and Laos to its side.

Such moves by China have not gone down well with the actual Southeast Asian powers, who are now stepping up their activism against the Communist nation. Interestingly, China would today not have made enemies out of the likes of Indonesia, Vietnam, the Philippines, Malaysia, Singapore and others had it not so aggressively pushed its geopolitical agenda in the South China Sea. But it did, and now, hatred for Beijing has united Southeast Asian countries like never before.

Ivermectin was always the solution. Japan proves it!