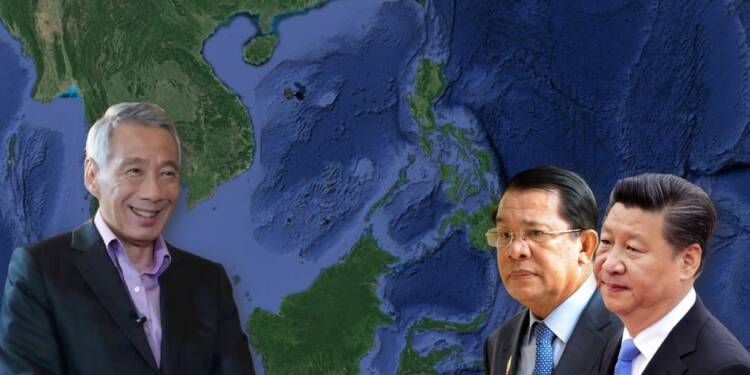 China is using its coercive influence over Cambodia to drive a wedge in ASEAN and turn it into a favourable body. So, who will break the Cambodia-China nexus? Will it be the mighty Vietnam that had given a bloody nose to the Chinese People’s Liberation Army (PLA) in 1979 or will it be the Philippines that is involved in some of the most contentious South China Sea disputes with Beijing? Or could it be Indonesia, the largest ASEAN country?

China has started its dirty diplomacy all over again. In 2020 and 2021, Vietnam and then Brunei led the ASEAN, a block of Southeast Asian nations. Both the countries acted against Chinese belligerence, issued stern statements against China, pushed a strict Code of Conduct for the South China Sea and made it clear that China won’t be allowed to take over the entire South China Sea region.

But Cambodia, a country whose leadership is known to be very close to China, is the ASEAN chair for the year 2022. It took over charge of the intergovernmental forum in October and has started pandering to China ever since. But the party seems to have hit a roadblock as Singapore has taken a sharp turn to reverse Cambodia’s pro-China twist to the ASEAN. Recently, the island city-State even resumed military cooperation with the island nation of Taiwan. Now that’s huge. Singapore effectively became the first ASEAN country to dump China and embrace Taiwan.

Vietnam and Brunei had done a good job in evoking anti-China sentiment within the ASEAN. However, China has come back to settle scores by using Cambodia as an instrument.

Cambodia, which has a foreign debt of $9 billion, with China accounting for more than 40% of it, is serving the communist nation like an obedient slave. On China’s behest, Cambodia has allowed Myanmar’s military junta to become a part of ASEAN and carry on its vindictive campaign against former State Counsellor of Myanmar, Aung San Suu Kyi.

Read More: As we predicted Cambodia begins taking ASEAN in the direction China wants it to

Cambodia is therefore fully compromised to China and that’s a threat to the ASEAN. Earlier, the ASEAN was collaborating on a strategy to contain China with the aid of the Quad, but now Cambodia is helping China regain its influence in the Indo-Pacific. And this has made many nations angry.

US imposes new restrictions on Cambodia

Recently, the United States too imposed new restrictions on Cambodia, including an arms embargo. The Biden administration cited “growing influence” of the Chinese military, corruption and human rights abuses, as the reason for its new restrictions against Cambodia.

The US can however do only so much, as imposing sanctions on Cambodia. But this is unlikely to mend the present ASEAN chair’s pro-China behaviour. ASEAN needs a new leader that can revitalise anti-China sentiment. Vietnam, Indonesia or the Philippines meanwhile are leading their respective campaigns against Chinese aggression and they too can’t be expected to mobilise ASEAN.

At the end of the day, the ASEAN is itself a divided group. Indonesia and Malaysia, for example, share territorial differences. The Philippines and Malaysia too are facing tensions over the Malaysian state of Sabah on Borneo Island. Vietnam too shares territorial disputes with the Philippines and Malaysia in the South China Sea. So you know why I said that these guys alone cannot break the China-Cambodia nexus. Such differences only benefit the communist nation. In comes Singapore.

So, when the communist nation has found a new way to control ASEAN through Cambodia, why do we say that Singapore is the main power that can help the ASEAN cut through the China-Cambodia axis?

Well, what the ASEAN needs is an anti-China power that commands respect and enjoys acceptability throughout Southeast Asia. And Singapore is that power. It isn’t a party to the South China Sea disputes. Geographically, the island city-State is located right in between the ASEAN countries and enjoys peaceful relations with all other Southeast Asian nations

What’s more: Singapore is economically and diplomatically strong. It is one of the world’s fastest growing economies and is already a high-income country with one of the world’s most business-friendly policies. These guys have it all sorted out.

Moreover, Singapore offers just the kind of balance that ASEAN needs. Singapore is a US ally and there is even an American military base in the little island country that can be pressed into action if China starts an armed conflict in the region. The Singapore Armed Forces (SAF) also maintain close ties with Taiwan, as Singaporean troops have a history of training on Taiwanese soil.

On the other hand, Singapore is never prone to going overboard. The country has nearly 76 percent ethnic Chinese population, which shows that it is sufficiently open to China and averse only to the Chinese Communist Party (CCP).

Singapore has been careful in ensuring that the ASEAN doesn’t fall prey to the temptation of a maritime security alliance with the US, and has maintained that the ASEAN will have its own autonomy.

Over the recent past, Singapore has acted against Chinese interests. Recently, Singapore issued a fresh set of residential property curbs including raising additional stamp duties for second-home buyers and foreign buyers, in a bid to push back against Chinese investors who were trying to take over the Singaporean real estate market.

Singapore is thus cutting its economic ties with the communist nation and is trying to untangle its economy from the CCP. The country is well positioned to take leadership of ASEAN without even being its chair. And that’s a checkmate against the China-Cambodia nexus.