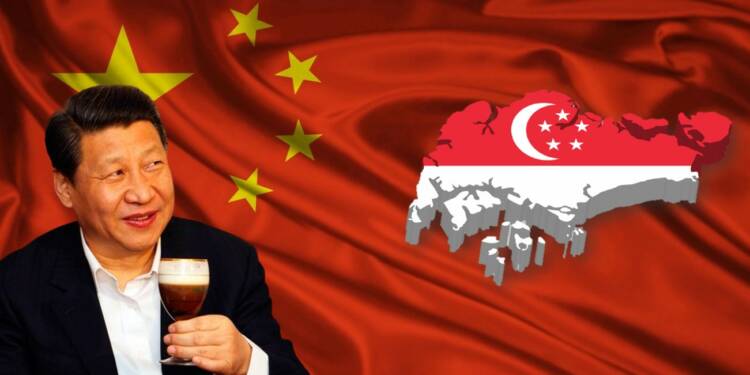 China has infiltrated Singapore, and things are getting pretty bad in the Southeast Asian Island nation. The Sinicization of Singapore is currently underway. Specifically, Chinese tech companies are leading a crusade to walk all over Singaporean principles and way of living.There is one formidable weapon that Chinese tech companies are using to sinicize Singaporeans, and that is Mandarin. The Chinese language has made its way into Singapore’s corporate sector and is used as the de-facto medium of communication in offices of Chinese companies. By making Mandarin the most widely used language in offices of Chinese companies, the CCP is trying to impose itself on the people of Singapore.

According to a report by CNBC, people in Singapore cited fears of the so-called “996” work culture practised by some companies in China, which requires employees to work from 9 a.m. to 9 p.m., six days a week. Four former or current Huawei employees told CNBC that colleagues from China often napped in the office during lunch breaks, as is common in Chinese office culture. Employees are also forced to join a mandatory video call at 9 am every morning, at which point their managers take screenshots of all present and ready for the day.

While responses to CNBC’s questions varied, a common theme that emerged among all those employed by Chinese companies in Singapore was this: a heavy reliance on Mandarin, the use of fixed-term contracts, and work outside normal business hours.

At Tencent, everything other than the hiring process is done in Mandarin. Employees complain that even documents essential to their work are in Mandarin, making it difficult for them to operate. Meetings, training and conversations with tech or finance staff all took place in Mandarin at one Tencent subsidiary, another former employee said, describing the situation as “overwhelming.”

Interestingly, one employee at Tencent, who earlier interned at Huawei said that even if he sent English emails or text messages to his colleagues, replies tended to be in Mandarin. This shows how Mandarin is being shoved down the throats of Singaporeans despite Chinese executives and managers being well versed in English.

And then, there is the fact that Singaporean employees at Chinese firms have no rest days. According to a former employee who found the use of Mandarin at a Tencent subsidiary overwhelming, “There is no sacred day or time.” The person added that her bosses, who are based in China, sent her questions at night, during the weekend and on public holidays. “You could just ignore it, but would you really be able to relax knowing your boss is waiting for your reply?”

Singapore became China’s largest foreign direct investment destination country in 2019, and the number of Chinese companies operating in Singapore is also increasing. The bilateral trade between China and Singapore developed rapidly in recent years, and Singapore has maintained the first position among ASEAN countries in their trade with China.