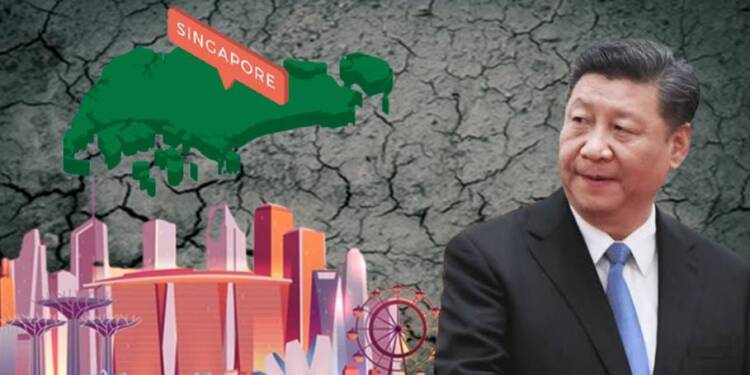 Singapore and Hong Kong have been rivals for as long as they have known each other. Singapore is a city-state, and Hong Kong was too. That was before the Chinese Communist Party (CCP) decided to assault Hong Kong and impose a draconian national security law over the Asian financial hub. Today, Hong Kong is considered just another Chinese city, where the will of the CCP reigns supreme. Hong Kong’s demise as a financial centre in Asia has fuelled Singapore’s rise, to the extent that Singapore is now doing what it would have never dared to do, say, two years ago. Singapore is bringing in taxes on capital!

Also read: How Can Hong Kong get back at China?

Singapore’s Prime Minister Lee Hsien Loong said in a recent interview with Bloomberg’s editor-in-chief John Micklethwait, “You tax consumption, you tax income, you tax savings. And you should tax wealth, whether wealth in the form of property, ideally wealth in other forms.” Mind you, capital taxes being implemented in Singapore is an unprecedented development, and no leader of the city-state could have so much as uttered both the words in the same breath two years ago. So, what has changed?

Hong Kong has been devastated:

Hong Kong abolished its estate duty in 2006. Two years later, in 2008, Singapore did the same. The fact is, both these cities have always tried to keep taxes a subject which no business feels the pain of. When Singapore, according to Bloomberg, made a play for large family offices, Hong Kong, which boasts the highest population of uber-wealthy folks after New York City, started looking at its own tax code to see where it could do better.

So, Singapore and Hong Kong have had a thing pitted against each other for quite some time now. But since July last year, Hong Kong has lost its shine. The imposition of the brutal national security law on the erstwhile free and autonomous city, has had a number of negative repercussions, and when it comes to the business side of things, it has been a complete bloodbath.

The number of US firms with their Asian hubs in Hong Kong has fallen 10% over the past year to an 18-year low, whereas Chinese firms with their regional headquarters in the city have seen their ranks swell by 5%. The number of regional headquarters operated by overseas companies in the city fell from 1,504 in 2020 to 1,457 this year. American firms accounted for most of the decline, while the number of mainland Chinese companies with a regional office rose from 238 to 252. Meanwhile, an exodus of people from Hong Kong is taking its own toll on the city. In August this year, Hong Kong recorded its biggest population decline on record, counting almost 90,000 fewer people than last year.

Also read: The downfall of the Chinese economy is being scripted in Hong Kong

To make matters worse for Hong Kong, the CCP has practically insulated the city from the world. In line with China’s “zero COVID” policy, which requires most arrivals to undergo 21 days of hotel quarantine, Hong Kong is losing out on businesses, investments and its rivalry with Singapore. Singapore has opened its borders and has decided to live with the virus. So, businesses are more inclined to turn to Singapore, instead of Hong Kong now. Of course, Covid-19 is just an excuse, and the real reasons for Hong Kong’s insulation are political in nature.

Hong Kong’s demise as a financial hub is what is motivating Singapore to introduce capital taxes in its jurisdiction. Singapore, despite its introduction of wealth taxes, is confident that cash and business inflows would remain unaffected. This is because it trusts the CCP to destroy Hong Kong beyond repair in the next one year.