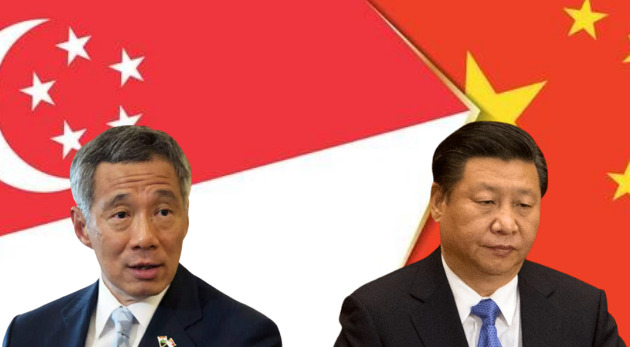 We at TFIGlobal gave a piece of sincere advice to Singapore almost a week ago, to untangle itself from the Chinese economy before it is too late. The TFIGlobal story went viral in Singapore and was read widely in the Southeast Asian nation. Now, it seems that Singapore is taking our advice by discouraging new investments in the Communist nation.

Singapore state investor Temasek has decided to temporarily halt new investment in Chinese tech companies due to uncertainty over Beijing’s crackdown in the tech sector.

As per Nikkei Asia, Chief Investment Strategist Rohit Sipahimalani said that Temasek will wait to see how China defines the rules for its tech giants before making fresh investments. Sipahimalani said, “We will probably wait to deploy more capital till we have a little bit more regulatory clarity in that space”. He added, “I would expect in the next few months you will have regulatory clarity, and that will shape some winners and losers out there.”

However, Temasek is pulling back from China now. According to its July performance report, Temasek’s exposure to China by underlying assets dropped by 2 percentage points to 27% of its total, while Singapore’s share stood constant at 24%.

Why did Temasek halt fresh investments in China?

To put it very precisely, Singapore has understood the risks associated with investing in an economy riddled with regulatory crackdowns, antitrust probes, a crippling power crisis and an overstretched property market that has started to fall apart.

The investment strategist also said, “It’s just that in China, the way it is being executed has been a little more blunt and quick, and that is why it has created a lot of shocks out there.”

Later, Singapore’s largest banks raised their stakes in the Chinese market. According to Nikkei Asia, DBS Group Holdings, Oversea-Chinese Banking Corp., and United Overseas Bank – some of the biggest lenders in the 10-member Association of Southeast Asian Nations reported figures that showed surging profit and increased lending to clients in China.

However, it is now becoming clearer to Singapore’s policymakers that to appear bullish on the question of China’s economy and couple the same with its largest banks raising their stakes in China, might help the island city get in the good books of Beijing, but the same could backfire very soon. The Chinese economy is on the edge, and the communist nation’s $50 trillion financial systems is the most fragile it has ever been. By raising stakes in China at a time when one major company after the other is falling in the mainland is indicative of how Singapore needs to decouple itself from China immediately.

Singapore likely to decouple from the Chinese economy:

Singapore is a friend of the free world. It has strong cultural and political ties to the United States of America. Singapore is also a part of Southeast Asia, a region that sits at the core of Chinese expansionism.

Many American companies are active in Singapore, whereas thousands of Singaporean students study in American universities. Moreover, the island city also provides critical access for US military personnel stationed in the region. Singapore is therefore supposed to be at odds with Beijing, both politically and strategically.

In 2018, the China-Singapore Free Trade Agreement (CSFTA) was upgraded. According to Singapore, CSFTA now comprises a meaningful and substantive package in terms of market access for Singapore’s export of goods and services into China and provides greater transparency and predictability for business activities between the companies from Singapore and China.

In 2019, Singapore became China’s largest foreign direct investment destination country, and the number of Chinese companies operating in Singapore is also increasing. In 2020, during the Trump administration’s unforgiving economic assault on China, major Chinese companies like Tencent and Alibaba began investing billions of dollars in Singapore.

The bilateral trade between China and Singapore developed rapidly in recent years, and Singapore has maintained the first position among ASEAN countries in their trade with China. Companies such as Capitaland and Breadtalk have made substantial inroads into China’s domestic economy. Others such as Temasek Holdings, Singapore Airlines have each invested in China Eastern Airlines.

Yet, with Singapore’s State investor looking to cut down on future investments in the Communist nation, the island city could be looking to bring its economic relations in sync with its political ideology.

Singapore has realized the perils of getting too closely associated with China and now it seems to be drawing a safe distance from Beijing.