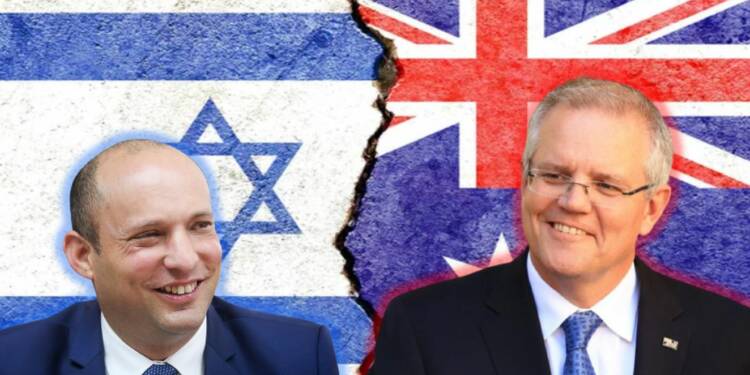 The consistent internal hijacking by New Zealand and Canada of the Five Eyes alliance for the sake of short term gains has made the US-led intelligence sharing apparatus toothless. Australia had realised this for a while, and this is the reason why it has been so active in developing a parallel security and intelligence apparatus with like-minded countries in the Indo-Pacific. But, Australia understands that to make the alternative for Five Eyes, it would need to bring Israel into regional cooperation.

Also read: Move over 5 Eyes: US, UK, Australia and Japan could start a brand-new intelligence alliance snubbing NZ and Canada

Israel’s prowess in the realm of cybersecurity and intelligence sharing are established facts and Canberra is well aware of this. This is why in November, the Morrison government declared Hezbollah a terrorist organisation, increasing the prospects of further deepening of security and intelligence cooperation with Israel. Now, reports suggest a reciprocation of intent from the Israeli government. Israeli Foreign Minister Yair Lapid has opened the door to deepen security ties with Australia and the Five Eyes spying network.

Five Eyes Alliance on a decline

The AUKUS is about more than nuclear propulsion technology — it is also about intelligence sharing; cyber, artificial, as well as sophisticated military intelligence will be shared among the trio. However, New Zealand has been excluded from the agreement. This forced the Jacinda administration into some hard introspection, and they realised a possible future where an isolated New Zealand could become a fertile ground for the CCP’s neo-colonial endeavours. However, this realisation has come too late.

New Zealand has previously advised Canberra against launching an “offensive campaign” against Beijing, instead opting for diplomacy, to repair ties. The Jacinda Ardern administration’s support for the CCP (Chinese Communist Party) has been demonstrated on numerous occasions. New Zealand has clearly denied labelling Chinese activities in Xinjiang as ‘genocide’, a word often used by western countries to denounce China’s treatment of Uyghur Muslims.

Only after the word ‘genocide’ was substituted with a much softer phrase of ‘human rights abuses’, did the country’s ruling party agree to pass an anti-China motion denouncing China’s activities in Xinjiang. These are some ways by which, New Zealand has helped China and internally sabotaged the long-held Five Eyes alliance. And it has forced Australia to look for alternatives, given it cannot expect the USA under Joe Biden to take any intelligent steps regarding the Indo-Pacific.

Israel’s Foreign Minister Lapid told The Sydney Morning Herald in an interview that Israel is “extremely keen in developing our ties with Australia and all countries in the Indo-Pacific.” Mr Lapid said a free trade agreement with Australia was also a goal, adding that it would “expand trade and help create jobs in both our countries,” and that direct flights between the two countries were a possibility. In the midst of growing tensions between China and the United States, his remarks signal that Israel wants to become more influential in the Indo-Pacific region.

He said that Israel already has extensive ties with Five Eyes nations, including what he dubbed as an “incredibly close intelligence-sharing and security partnership with our closest ally, the United States”. But, he added that Israel would look to deepen the relationships. “We’re focused on continuing to deepen these ties through their existing frameworks and agreements, and we would consider any other options for expanding these ties should they present themselves,” he said.

These statements, if anything, are an obvious signal from Israel that it is ready to enhance these capacities in cooperation with Australia and later with other countries in the Indo-Pacific as well. After the AUKUS agreement, this is a development that can put a final death knell into the Five Eyes alliance.

Deirdre Bosa: a well known name in the media