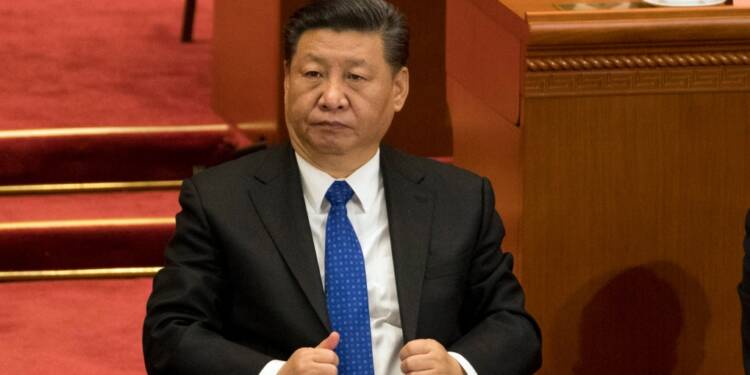 The AUKUS initiative has received ambivalent reactions from the world powers so far. The ASEAN has shown mixed reactions, Quad powers such as Japan and India have welcomed it, and France has expressed grave concerns over what it says “betrayal” by the US and Australia. It is cogent to say that Biden could have done it in a much better way. Had Biden chosen to hammer out the AUKUS under the Quad plus framework, the message sent out to the world could have been much stronger. Nonetheless, the AUKUS managed to set the cat among the pigeons by infuriating China in incredible proportions.

China condemned the AUKUS initiative by saying the move will aggravate the arms race in the region. Chinese Foreign Ministry spokesman Zhao Lijian said, “The relevant countries should abandon the obsolete Cold War zero-sum mentality and narrow-minded geopolitical concept, respect regional people’s aspirations and do more things conducive to regional peace, stability and development. Otherwise, they will end up hurting their own interests.”

The response from the state media was fiercer. Global Times, the state-sponsored tabloid, went on to state that the nuclear submarine deal has made Australia “a potential nuclear war target” for China. In an article titled, “Nuke sub deal could make Australia ‘potential nuclear war target’”, Global Times argued that “such a move will potentially make Australia a target of a nuclear strike if a nuclear war breaks out even when Washington said it won’t arm Canberra with nuclear weapons because it’s easy for the US to equip Australia with nuclear weapons and submarine-launched ballistic missiles when Australia has the submarines.”

AUKUS has opened a can of worms for China

Indeed, the AUKUS has ramped up security challenges for China. With Japan already growing more assertive than ever in the East China Sea, an empowered Australia has opened a can of worms for communist China. A frightened China will further attempt to intimidate its smaller neighbours in Southeast Asia and the Pacific, which will result in pushing these countries further away from China towards the democratic world.

Some Southeast Asian countries have shown qualms in calling out China’s belligerence in the South China Sea owing to their great trade ties with China and security vulnerabilities. For instance, last year, Philippine President Rodrigo Duterte had threatened to cancel a key security pact with the U.S. — the Philippines-United States Visiting Forces Agreement. The 1998 VFA makes it easier for U.S. forces and ships to operate in the Philippines, including conducting large combat exercises that have alarmed China.

However, given China’s increased hostility in the Philippines’ water throughout recent months, Duterte chose to give in to the US’ demands of reviving the 1998 VFA pact. Similarly, other nations like Malaysia and Indonesia have so far endured China’s hostilities while seething just because they don’t want to upset Chinese President Xi Jinping with their assertions. But with stoked-up security challenges in the seas, the ASEAN nations will be left with no option of finding the middle ground. Instead, they will feel a stronger need to shift their allegiances towards the US, Australia, India, and Japan rather than bidding for China’s interests.

TFI had argued why Australia needs to be empowered with nuclear submarines on numerous occasions. Australia will be the leader of the democratic world’s crusade against China, which will put the country at greater risk of inviting China’s ire. As Chinese state media suggest, China could even consider a nuclear attack against Australia should it intervenes in any Chinese aggression against Taiwan or a tiny country in the pacific.

Read More: After Japan, Australia arms itself to the teeth to save Taiwan from a possible Chinese invasion

Nuclear threat: A strong case for the US to share more advanced technologies with Australia and other partners

Hence, a nuclear threat will help build a strong case for the US to share its advanced nuclear propulsion technology with the Indo-Pacific partners. Also, it will convince Asian countries to host the American nuclear missiles pointed at China. The US hopes to establish a network of precision-strike missiles along the so-called first island chain to bolster its conventional deterrence against China. Washington mulls to spend $27.4 billion in the next six years to materialize its anti-China missile network system in the Southeast Asian countries. If China continues to pursue the ‘We-will-Nuke-you’ campaign against Australia, it will help the US and allies earn confidence among these smaller ASEAN and pacific nations.

Essentially, the AUKUS is a trap laid by the US, UK, and Australia. It aims to make China lose its calms and go on an offense spree. China, being the witty nation it is, is simply playing into the hands of Australia, the US, and the UK.