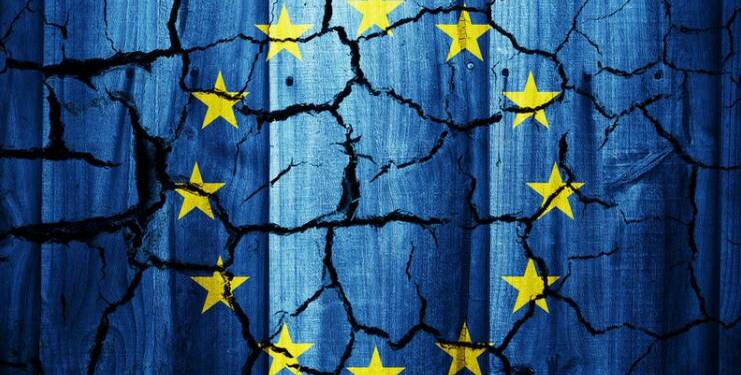 Since Brexit, there was substantial demand from many members to break away from the European union. EU, which is a union of several European countries, has seen a significant decline in its power, unity and influence after the exit of the united kingdom.

The Brexit gave a chance to other EU members like Italy, Poland, France, Spain, Germany, Greece, Denmark, Netherlands, Romania and Hungary to seriously think of exiting the European Union to pursue independent foreign, defence and domestic policies, which currently are interfered by the politics and policies of the European Union.

The ongoing Russia – Ukraine conflict has also fueled oxygen in the growing dissatisfaction in these countries against the EU’s functioning. The way the US, NATO and the EU have responded to the Russian invasion of Ukraine is surprising, to say the least. The trio seems to be useless, powerless and also not interested in protecting or defending Ukraine. It proves that if other EU states, in future, are presented with a similar kind of situation, the US, NATO or EU won’t bat an eyelid.

The Russian – Ukraine invasion will finally make the EU states realize that they can’t rely upon the US, NATO or EU during a similar scenario and thus they will be left on their own. The fear of a possible betrayal from this trio is now forcing the EU states to consider breaking away from the union and concentrate on building their own domestic capabilities and defences.

The possible civil war between the EU states

The Brexit combined with the Russian invasion of Ukraine is destined to cause a domino effect. One EU member after another will push for a breakup with the union, making it inefficacious. As the members break away, they will start focusing inwards on their domestic issues and thus sidelining the larger issues of the region as a whole. That’s how the EU may completely collapse and become a thing of the past.

As the countries start to look inwards and ignore the common threats, they may spark many conflicts with each other. Already several of the EU states have conflicts with their neighbouring EU states like in the case of France and Italy.

The possible civil war inside the individual countries

We have seen the effect of Brexit in the UK. The country is still suffering from the aftershocks of the EU exit. The disruptions caused by the exit have resulted in several trade barriers, immigration issues and supply chain crises. The result of these is rising costs of living, rising food and commodity inflation and after all an overall rise in UK’s national inflation.

Also, as the UK no more shares a common travel and immigration policy with the EU, there are several travel restrictions that are now affecting the movement of citizens between the UK and other EU states. The import and export of goods have also become complicated and costly for business, as all the taxes, customs duties and tariffs have to be now different from the EU policies.

The perils of once being with the EU is that it becomes extremely hard for any country to decouple from the union in one go. This tough format of disengagement happens to be the real issue that the UK faces and other EU states will have to encounter if they consider leaving the organisation.

If a large and powerful nation of the UK is not being able to cope with the aftershocks of the exit, there’s a chance that other EU members may even face a complete collapse after some time of exiting the EU. This crumbling plight would indeed give rise to rebellion among nations and possibly end up in a civil war.

The next possible exits

There are a number of countries where there is a substantial demand for the withdrawal of their EU membership. The movements like Huxit (Hungary Exit), Polexit (Poland Exit), Grexit (Greece Exit), Frexit (France Exit), Roexit (Romania Exit), Dexit (Denmark Exit), Nexit (Netherlands Exit) and Italexit (Italy Exit) are some of the most famous EU withdrawal movements in the region.

Read More: A new world order will arise from the dust of the Russia-Ukraine tensions

The Ukraine – Russia conflict is just the beginning of an upcoming disruption in Europe. The future of Europe will quite literally depend on the development in the Ukraine – Russia conflict and how the trio of US, NATO and EU acts further. However, it seems that once the conflict is over, the EU may see the beginning of its disintegration and will further drift into a civil war.

GLWS Meaning with Explanation and Definition