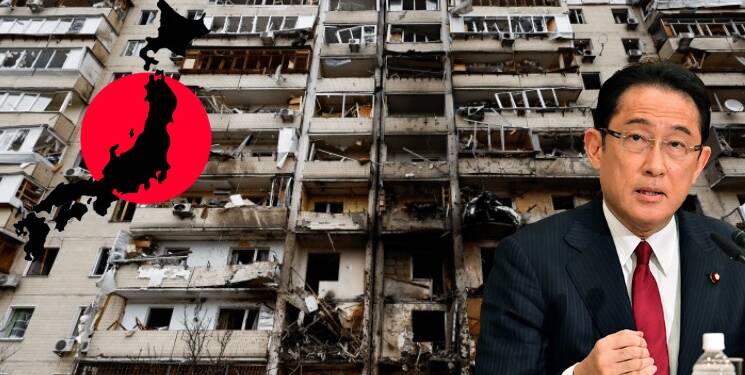 The happenings in Eastern Europe have significant consequences for the rest of the world, and there is no doubt about it. However, the countries in East Asia are looking at the development with the highest concern. For the longest time, Japan has been harping on the US alliance structure for its safety and security. It was this alliance structure modelled along the lines of the hub & spokes structure that has provided confidence to Tokyo.

So much so, that for the large part of the second half of the 20th century Japan focused on economic development and left its security in the hands of the United States of America. The decisiveness of this approach tells us how significant was the USA in those days. However, the unipolar world order under the US since the fall of the USSR did not last long. And, if the previous few years are any indication, then Pax America is a thing of the past.

The abject surrender of Afghanistan to the Taliban last year, and now, leaving Ukraine in a lurch. The US-led international order has become a thing of the past and the faster the allies realise this, the better they will be positioned to sail through these tumultuous times. This is what a nation like Japan, which is surrounded by nuclear-powered adversaries or to put it mildly, nuclear powered ‘strategic competitors’.

Thus, Japan, given its place under the sun figuratively and its geographical position literally, needs to make notes and learn some hard lessons from the current Russia-Ukraine conflict.

Dependence on the US can take a dangerous turn

In an interview with Japan Today, former Prime Minister Shinzo Abe recently said, “I think Japan should use diplomacy to sever the concerted efforts between China and Russia, and move ahead with improving its ties with Russia”. He called for increased Japanese diplomatic efforts with Moscow, which would help to undercut the growing Chinese influence in Russia. Shinzo Abe has several times made it pretty clear that Moscow’s growing ties with Beijing need to be severed, and Japan needs to play a big role in doing so.

He was of this view because he realises that if the Japanese are not able to become sufficiently independent when it comes to its defence against nuclear-capable China and North Korea. Mired in the provisions of Article 9 of the pacifist constitution, Japan has always counted on the USA’s nuclear umbrella to fortify its territories. But now it looks all set to break the shackles of its outdated constitution and shoulder the responsibility of its defence.

Read more: Japan is going all in to jack up its military and fight China with or without US

Japan’s defence budget is going up. Japan is rapidly militarizing its islands close to China. Japanese conservatives have dropped enough hints that signal Japan’s pacifist constitution may soon be a thing of the past. All in all, Japan is indeed preparing for war, and it’s sending out an astounding message to the Biden administration—we will fight China, with or without the US.

During World War II, it was Japan that suffered two atom bomb attacks that flattened Hiroshima and Nagasaki. However, you cannot afford to be stuck in anachronism all the time and Tokyo must respond to contemporary security challenges even if it means acquiring nuclear warheads.

Read more: Here’s how soon Japan can turn into a full-fledged nuclear power

In fact, Japan may be already thinking of the ‘nuclear’ option with Taro Kono, the poll leader in the ruling Liberals Democratic Party (LDP) race supporting the idea of arming the Japanese Navy with nuclear-powered submarines.  While nuclear-powered submarines do not necessarily mean nuclear-armed vessels, Kono’s remarks do suggest greater acceptability in Japan when it comes to using nuclear technology in military appliances.

Japan has already embarked on these developments. It understands very well that going ahead, it would need to focus its energies on making the nation militarily soo capable that there is no scenario where it helplessly depends on the US for its security guarantees. For that, it needs to make sure while on one hand, it decreases its dependence on the US and on the other hand develops nuclear capabilities to deter any possibility of Chinese incursion.