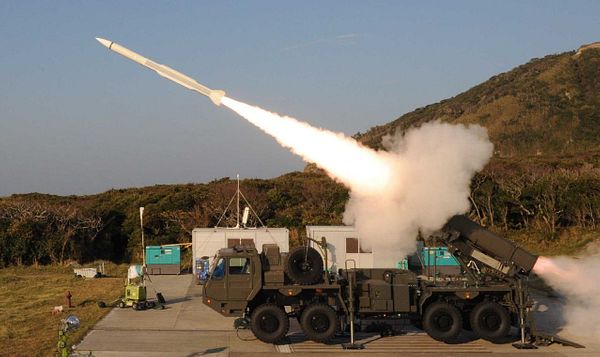 If there is a country, which knows and understands how devastating a nuclear attack can be, it has to be Japan. During World War II, it was Japan that suffered two atom bomb attacks that flattened Hiroshima and Nagasaki. However, you cannot afford to be stuck in anachronism all the time and Tokyo must respond to contemporary security challenges even if it means acquiring nuclear warheads.

In fact, Japan may be already thinking of the ‘nuclear’ option with Taro Kono, poll leader in the ruling Liberals Democratic Party (LDP) race supporting the idea of arming the Japanese Navy with nuclear-powered submarines.  While nuclear-powered submarines do not necessarily mean nuclear-armed vessels, Kono’s remarks do suggest greater acceptability in Japan when it comes to using nuclear technology in military appliances.

How quickly can Japan turn into a full-fledged nuclear power?

Well, very quickly. In fact, it might take only six months for Japan to produce a nuclear bomb by some estimates.

In fact, Japan has traditionally allowed its main rivals- North Korea and China, to believe that it is a part of the nuclear club and a near-nuclear state with a “bomb in the basement”.

Japan has a massive nuclear power industry, which is presently used for civil purposes. Japan is the only country with a peaceful nuclear programme that reprocesses its spent nuclear fuel to produce plutonium. In fact, it has been storing huge stockpiles of plutonium that can help it in quickly making a nuclear bomb.

In fact, Japan’s “bomb in the basement” is believed to be strong enough for China to demand that Tokyo gets rid of its plutonium stockpile.

As per a 2014 CNBC report, a senior government official associated closely with the country’s nuclear energy programme said that Japan has had the capability to build nuclear warheads since it launched a plutonium reactor and a uranium enrichment plant almost 30 years ago.

The official said, “Japan already has the technical capability, and has had it since the 1980s.” He explained that as soon as Japan had more than five to 10 kilograms of plutonium, it had crossed the nuclear threshold and the amount needed for a nuclear weapon. This virtually means that Tokyo had a nuclear deterrent in the 1980s itself.

In the post World War-II era, Japan adopted Constitutional pacifism and also signed the international Nuclear Non-Proliferation Treaty that imposes a sweeping ban on developing nuclear warheads. However, you will be surprised to know the amount of raw material needed for making a nuclear bomb that Japan has stockpiled.

If Japan has been dragged out of its post-World War II pacifism, blame China for it. Beijing has been constantly staking claim on the Senkaku Islands, which formed an integral part of the Japanese territory. Japan wants to crush China’s Senkaku dreams at any cost, and wouldn’t mind abandoning pacifism or amending its Constitution in order to do so.

As for its nuclear programme, Tokyo realises how China has built a massive offensive nuclear weapons programme that threatens Japan’s national security.

But China’s present Nuclear firepower is not the only issue, rather it is China’s plans which worries Japan. The editor of the Chinese Communist Party mouthpiece Global Times, Hu Xijin wrote a story last year which advocated expanding the number of Chinese nuclear warheads to 1,000.

So, Japan is responding with what can turn into a much bigger nuclear programme of 5,000 warheads. China is neither stopping its expansionism nor is it halting its overambitious nuclear programme, and a miffed Japan seems ready for a nuclear arms race if things go down to the wire.