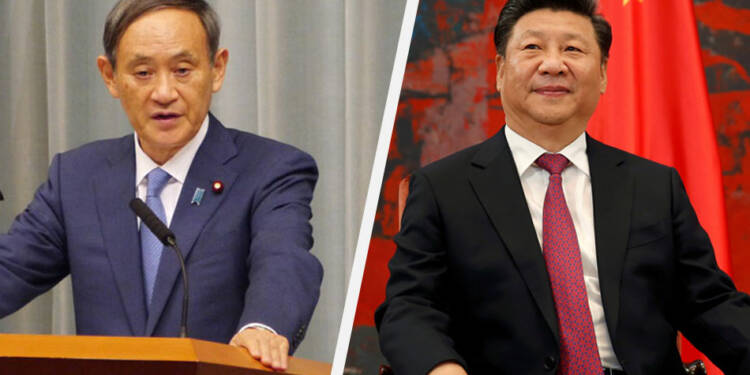 Xi Jinping should now think twice before launching an aggressive assault against Japan. For the past several months, the paper Dragon has sought to bully Tokyo in the waters surrounding Japan’s Senkaku Islands. This year China has made a record number of transgressions into Japanese waters. But now, the Yoshihide Suga administration is adopting an aggressive strategy which means that China might as well have to give up its Senkaku ambitions.

In fact, on Friday, Japan announced that it will develop new “stand-off” anti-ship missiles that can target enemy warships at greater distances. The latest announcement is aimed at Japan’s Southwestern Okinawa island chain, including the Senkaku Islands. Japan’s message is clear- if Chinese vessels keep intruding into our waters, they will be given a bloody nose and beaten back.

Japan’s Defence Minister Nobuo Kishi said, “The security environment around our southwestern islands has become harsh. We have to respond to that in an appropriate way.” With longer anti-ship missiles, Japan wants to push the anti-access area denial (A2AD) strategy, which aims to pushback external forces from operating in the maritime space close to the home territory.

Japan’s new anti-ship missiles will be based on a 200 km range truck-mounted anti-ship version already deployed on the Okinawa Islands. The new missiles will therefore be pointed against Chinese ships intruding into Japanese waters.

Japan, however, showed no signs of relenting on the issue of Chinese intrusions into Japanese waters. Even when China’s Foreign Minister Wang Yi visited Japan in an attempt to fix a State visit for Xi Jinping to Tokyo, the Suga administration raked up the Senkaku issue.

Japan had purchased the Senkaku Islands from a private owner in the year 2012. Yet, Beijing keeps claiming the Japanese islands. Chinese vessels routinely intrude into Japanese waters and hover around the Senkaku islands for several days on a trot. Suga knows that China doesn’t intend to give up on its expansionist ambitions.

Therefore, Tokyo has also decided to acquire air-launched missiles to develop the pre-emptive capability of hitting missile sites in North Korea and cruise missiles for reaching ground targets in China.

Japan is also trying to put new powerful Aegis radars with at least three times the range of older Aegis systems. The new radars will be deployed on two new warships in order to effectively intercept any ballistic missile attack from North Korea or China.

Japan’s new military strategy is all about fully deterring the Chinese People’s Liberation Army (PLA). Tokyo has been already decoupling its economy from China, and now Suga is also pushing military aggression against the paper Dragon. The Suga administration is leaving nothing to chance in terms of defence preparedness. China’s Senkaku ambitions are thus all but crushed.