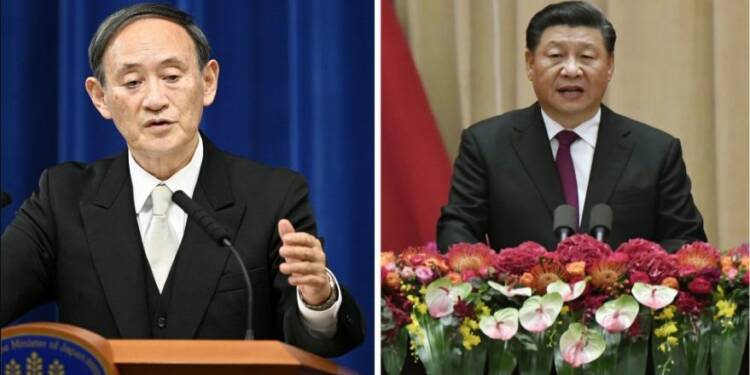 Japan keeps rebuffing a belligerent China, but it seems that Beijing cannot help but appease Tokyo on all fronts. Despite several attempts by China to fix a state visit for President Xi Jinping to Japan, the Suga administration keeps giving a cold shoulder to Beijing. And now China has made three major attempts to mollify an angry Japan.

The most important event is, of course, Xi’s decision to skip the Nanking massacre anniversary. The event itself maintained a low-profile, as China sought to play down the bitter memory dating back to the Second World War. In fact, the service in Nanking wasn’t even broadcast live on stage television.

Till date, the Nanking massacre remains a contentious issue between Japan and China. According to Beijing’s estimate, more than 300,000 Chinese civilians and soldiers were then killed over six weeks after Japanese troops entered Nanking, the then Chinese capital, on December 13, 1937.

China started commemorating the event only after Xi Jinping introduced a National Day of Commemoration in 2014. But this time around neither President Xi nor any of the other six members of the Chinese Communist Party (CCP) Politburo Standing Committee, who together form the top political leadership of China, were present at the service in Nanking.

Even the message coming from the event was that of rapprochement and not conflict. Chen Xi, the head of the Communist Party’s Organisation Department and a Politburo member, said, “We look forward to building a China-Japan relationship that meets the requirements of the new era, and are committed to promoting the development of relations between the two countries in the right direction of peace, friendship and cooperation.”

The message coming from China is that it is ready to move beyond bitter memories and encourage cooperation with Tokyo. At the same time, the expectations of a telephonic conversation between the Chinese Defence Minister and his Japanese counterpart, Nobuo Kishi suggests that China is trying to play down the maritime disputes between China and Japan.

Nobuo Kishi is himself the younger brother of former Japanese Prime Minister Shinzo Abe. As such, Kishi is a pro-Taiwan leader who is expected to take Japan far away from China. Beijing, however, quite clearly wants to appease him and somehow ensure that Kishi’s pro-Taiwan ideology doesn’t deteriorate Sino-Japanese ties even further.

And then, China’s Foreign Minister, Wang Yi, has been making all possible attempts to woo Japan. As per latest reports, Yi had invited his Japanese counterpart to visit China during the former’s disastrous Tokyo visit.

However, China has come out looking far too desperate with its relentless attempts to woo Tokyo. It is most likely that the Suga administration will not budge and continue giving the cold shoulder treatment to China. At the end of the day, China will come out looking like a sore loser.