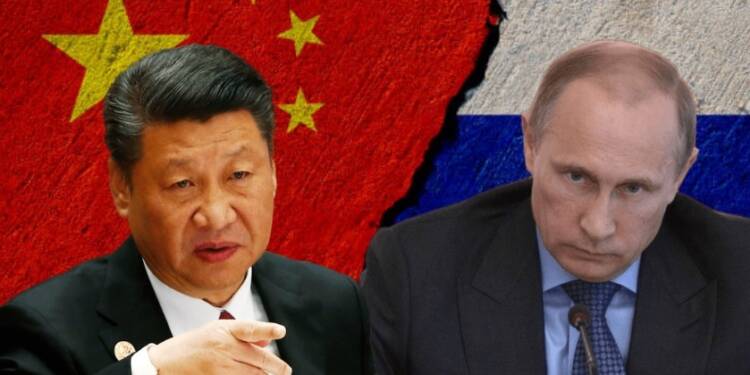 In 2014, Russia annexed Crimea – which until then, was Ukrainian territory. Vladimir Putin’s decision to go for an annexation of Crimea – which secured Russian control over the port city of Sevastopol – marked the beginning of a post-Soviet Russia’s Eastern European exploits. The annexation of Crimea was no small feat. It involved a fairly significant military operation and led to Moscow being pounded with sanctions by the West. Being declared an outcast by the West meant Russia needed an alternative support system. That support was provided by China.

The aftermath of the Crimean annexation marked an upswing in bilateral, economic and even security ties between Russia and China. The two countries grew close to each other. Popular opinion pertaining to the aftermath of Russia’s invasion of Ukraine suggests that the Sino-Russian alliance will be strengthened even further.

I believe Russia and China – which became friends after 2014, will now turn into enemies. Let me explain how.

The Crimean Annexation – A Turning Point

The Crimean annexation proved to be a turning point. Within weeks, Russia and China grew close to each other. Why did that happen? You see, up until 2014, Russia depended on the West. The Russian economy was growing due to the perks that come attached to globalism, international trade and business ties between countries. However, the West slapped Russia with stringent sanctions after it annexed Crimea.

This deprived Russia of investments, businesses and foreign markets. So, Moscow needed a cushion, and China gave itself up for service.

Since 2014, Russia’s economy has grown by an average of 0.3% per year. The sanctions also reduced foreign credits and direct investment into the country, costing the nation $50 billion annually.

Three months after the annexation, China deepened its economic ties with its neighbour, signing a series of energy deals—including the $400 billion ‘Power of Siberia’ deal. In 2018, Vladimir Putin and Xi Jinping made pancakes at Vladivostok. The bonhomie between the two was out for the world to see. The deepening of ties between the two countries resulted in bilateral trade flows hitting an all-time high of $147 billion last year.

During the Crimean crisis, China had urged all parties to “exercise restraint”. Beijing’s position on Moscow has hardened since.

War in Ukraine – Making an Enemy out of China

At the United Nations, China called for restraint after Russia recognised two breakaway areas in Ukraine’s east as independent. In his phone call with Vladimir Putin, Chinese President Xi Jinping said he supported solving the Ukraine crisis through talks. ‘Negotiations’ is the precise word which Xi Jinping used.

On Friday, China abstained from voting on a UN Security Council draft resolution telling Moscow to stop attacking Ukraine and withdraw all troops immediately. China’s move is seen as a win for western countries who want to show Russia as being isolated internationally.

Russia was not expecting an abstention from China. It was convinced Beijing would vote ‘no’ on the resolution. Yet, China joined ranks with India and the UAE to abstain from voting. That shows cracks are developing between Moscow and Beijing.

Meanwhile, oil importers in China, which are the world’s biggest buyers of Russian crude, are pausing new seaborne oil purchases. This comes despite the West not imposing sanctions on Russia’s energy and gas sectors.

China’s latest moves suggest it is not in a mood to antagonise the West. Why? Because Beijing supporting Russia, and enhancing ties with it, would result in all of Europe comprehensively dumping China.

Once Russia realises China is not committed to the relationship any longer, it will start speaking out against Beijing and take actions detrimental to China’s interests. The grand charade of a friendship between Moscow and Beijing, which is referred to as a “marriage of convenience,” seems to be going down the drain.

The Crimean annexation built that friendship, and the Ukrainian invasion promises to destroy it.