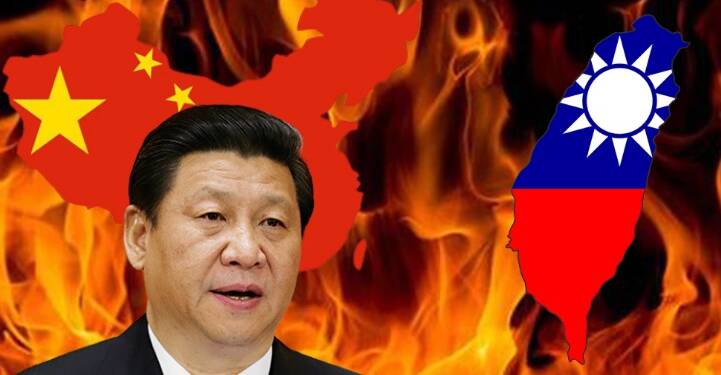 The Russian invasion of Ukraine has opened the floodgates for China to replicate a similar military offensive against Taiwan. Why would it not? The Biden administration and NATO have proven to be pusillanimous spectators to the war in Ukraine. They have abandoned their East European ‘ally’. China, therefore, feels emboldened. It realises that if it were to invade Taiwan, the United States under Joe Biden would not come to the island nation’s rescue. But that is where China would be making a big mistake. It would be a blunder for it to make a move for Taiwan anytime soon.

Here are the main factors that are going to deter China from launching an attack on Taiwan in the near future.

Japan cannot let Taiwan become a part of the People’s Republic of China. For Japan, that would prove to be a national security risk. In fact, Japan has accorded Taiwan the status of being a mantle carrier of stability in the East China Sea. Therefore, any fidgeting with the status of Taiwan as a free and sovereign nation has direct implications for Japan’s security.

Hence, Japan is bound to come to Taiwan’s aid. Tokyo would not want to be left in a strategically vulnerable position after a successful Chinese invasion of Taiwan. If that is allowed, the CCP will turn its focus to Japan’s Senkaku Islands and Okinawa prefecture. China’s appetite for more territory will only increase, and that would be catastrophic for Japan.

If India allows China a free walk all over Taiwan, it would be a blunder on the part of New Delhi – to say the least. The stability of the Indo Pacific is currently hinged on the independence of Taiwan. A successful Chinese invasion of Taiwan would embolden China to an unprecedented degree. The Communist nation will turn its focus in the aftermath of such an invasion to other hot points in the region.

That includes Eastern Ladakh and the entire Indo-Tibetan border. China would double down its efforts to bully India along the Line of Actual Control.

Therefore, the best interests of India would be served with the protection of Taiwan. India could play a major role in a Sino-Taiwanese conflict without necessarily getting involved with its military. You see, India’s navy blocking the Strait of Malacca during such a conflict would jeopardise the Chinese nation’s stability as a whole. The Strait of Malacca serves as a passageway for most of China’s oil and energy supplies. Blocking it would choke China.

India could also try and deviate China’s focus, and divide its energies by building up a two-front war scenario. Again, the Indo-Tibetan border would play a crucial role here.

Shock and Awe No Longer an Option

The Russian invasion of Ukraine shows that in the world of social media and advanced intelligence gathering, the shock-and-awe element for any military operation is no longer reliable. China’s strategy has been to shock Taiwan with an invasion, and catch it by surprise while it expects an attack the least.

But the war in Ukraine has shown Taiwan that it needs to keep its guard up at all times. That deprives China of its ability to shock the world with an invasion of the island nation.

Moreover, Taiwan’s semiconductor industry is a deterrent all by itself. The world depends on Taiwanese semiconductors. The world, by contrast, can easily afford the annexation of Ukraine by Russia. Ukraine contributes nothing to the world. Taiwan, on the other hand, has become an entity essential to human existence and technological advancement. Therefore, world powers supporting Taiwan with their militaries continue to be a very real possibility.