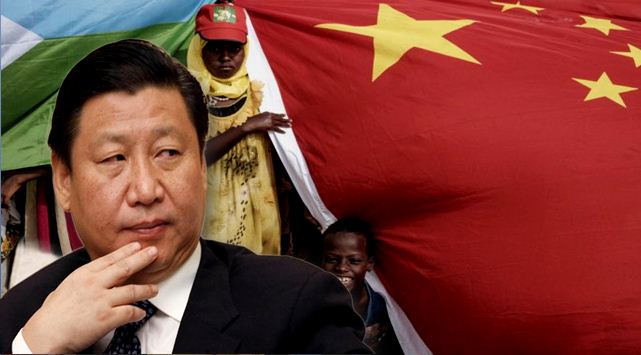 The Chinese communist party always marvelled at the prospect of getting into the continent of Africa. CCP believes that Africa is the easiest turf to expand the Chinese influence as most of the countries in the continent are unstable and economically backward. The continent, for very long has remained disturbed due to several regional conflicts and crisis. Civil wars, military coups, foreign interventions, Islamic terrorism and rampant corruption has made the continent an ideal place for China to indoctrinate the political parties of Africa with the CCP’s way of governance.

Recently, a CCP funded institution of leadership and governance studies was opened in the southern African country of Tanzania. The institution named “Mwalimu Julius Nyerere Leadership School” will help train the officials of the political parties in the country. The school is a part of the larger vision of CCP to export its model of governance in the countries of Africa.

Also Read: China’s military base in Equatorial Guinea is going to be a colossal wreck

China began the African expansion through the economic route

The CCP is aware that its influence and control over an economically weak country will make way for their infamous debt trap and chequebook diplomacy to work, invariably helping them gain acceptance and support. China, for all these years, has been investing heavily in infrastructure, transport and power projects in Africa.

CCP has also cleverly and strategically chosen these projects, keeping in mind that they must have less or no chance of generating enough ROI (return on investment) so that it can later pressurize the country to lease out the project to China for a particular time period (mostly 99 years).

Through this strategy, China has extensively expanded its influence, control and command over the African continent. It has comparable if not more hard power in the region than the western powers like France, UK and US. Also, China has been able to use these leased projects as an instrument of military presence and strategic assets like in the case of Uganda’s Entebbe airport, China’s first overseas military base in Djibouti and Zambia’s national power company.

China’s takeovers of projects have now created an economic choking in these countries. On one hand, they are forced to pay extremely high-interest rates to Chinese banks and on the other, they are not able to generate any revenue or profit to sustain the project. Also, these projects are not contributing to the local economy as they do not generate any employment or jobs for the local population and neither have they used any local raw materials and inputs available in these countries.

After establishing its physical presence in the African continent, CCP seems determined to establish its influence on the politics, academia, think tank, policies of the African countries. That’s why China is building leadership institutions like the Mwalimu Julius Nyerere Leadership School in Tanzania.

CCP has funded US$40 million for the establishment of the school and it was inaugurated by the Tanzanian President Samia Suluhu Hassan, in the presence of many other leaders from African countries. According to the authorities, the school will be used to train the officials and leaders from pro-Independence parties in the countries like South Africa, Mozambique, Angola, Namibia and Zimbabwe, as well as Tanzania. The school will help the Chinese communist party to enhance its dialogues and exchanges with the African political parties. It will also help the CCP to establish and strengthen a “party to party” diplomacy.

President Hassan, chairwoman of the ruling Chama Cha Mapinduzi, said that the school would also train young people to be patriotic, evaluate the progress made in the six countries since they won independence, and plan future growth.

According to Yun Sun, director of the Stimson Centre’s China programme in Washington, before the pandemic, hundreds of officials of African parties would travel to China each year to learn the Communist Party’s political and economic model. The new school would allow that training to resume. “That’s why China financed the Nyerere institute. China has had the training programmes for African leaders and officials for decades” she said.

In testimony to a commission that reports to the US Congress, Sun said, “China’s model combined political authoritarianism with capitalism and showed African countries that economic development and political stability could coexist without a democratic system. China promoted the model in Africa through government fellowships and training for elites”.

Read More: China’s Congo loot is out in the open and that’s bad news for Chinese people in Congo

Thus it’s clear that CCP wants to indoctrinate the African political parties to further spread its influence, control, and power over the continent, but only at the cost of the shattering democracy in Africa.