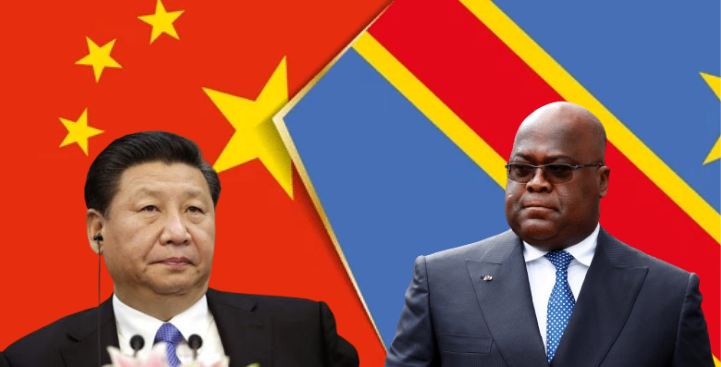 A recent Bloomberg report has opened the can of worms for the Chines,e and their millions of dollars loot from the African country of the Democratic Republic of Congo. In addition to the Chinese, the high-ranking officials of Congo’s bureaucracy including the former president, Joseph Kabila, and his relatives have been found at the centre of the plundering episode.

Reportedly, on July 5, 2018, a businessman of a firm named Congo Construction Co., or CCC walked out of BGFIBank in Kinshasa with 13,624 hundred-dollar bills, 10,001 fifties and 43,000 smaller US notes — effectively $2.5 million in cash despite obvious failsafe’s put in place to stop the withdrawal from transpiring.

According to the expose, over five years, tens of millions of dollars flowed through CCC’s accounts to people and companies closely associated with Congo’s then-president, Joseph Kabila, all at a bank partly owned by his sister and run by his brother, Selemani Francis Mtwale.

The investigation found that at least $138 million was transited through the BGFIBank by the Chinese to stuff President Kabila and his family. It helped in the takeover of much of the Congolese mining industry by Chinese companies.

It is pertinent to note that CCC was secretly acting as an intermediary between Chinese mining groups and the President Kabila clan.

China, usually debt traps the countries through its fancy projects but in Congo, the CCP outrightly bribed the Congolese government to gain a foothold in the mining sector, which is still dominated by the informal sector where primitive tools are used to excavate the precious gold and other minerals.

While the Chinese continue to buy out the corrupt leaders, more than 100 local and national militia fighting to control the mineral resources and land in the region have picked and targeted their enemies. Succinctly put, the Chinese officials and labourers working in the region have become the target of militia groups.

As reported by TFI, the Chinese Embassy announced last week that five Chinese nationals had been kidnapped in an armed attack on a gold mine in the Democratic Republic of Congo. According to Sputnik News’ version, the militia gunmen attacked a gold mine in the region, killing a local police officer and kidnapping eight, not five, Chinese nationals.

Leave our land, leave our minerals — the Congolese people

This is not the first instance that the warlords of the region have come after the Chinese. In August, three Chinese gold mine workers had gone missing in Ituri province as well.

The message from the militias is clear to the Chines – ‘stay out of our land and our natural resources, the bureaucracy might be compromised but we aren’t letting you lay hands upon a square inch.’

In September, Beijing ordered six companies in South Kivu to cease operating and leave the country, after the present DRC government whose President is an anti-China hawk suspended their operations over illegal mining and environmental destruction.

The popular uprising against China after seeing the Uganda debacle

Despite the abundance of minerals that has attracted the world’s largest commodity traders, the DRC has one of the lowest levels of GDP per capita globally. Small scale and artisanal gold mining, using rudimentary tools, is widespread.

The risk of popular uprisings is giving an anti-China turn to political regimes in the African Continent. Coups in countries like Guinea and Mali, for example, have brought down pro-China regimes.

While China can do what it wants in Xinjiang under the pretext of sovereignty, but same actions going on in Africa are going to have repercussions. These actions against the Chinese workers are a precursor to how people can express their anger.

The ordinary Congolese have just witnessed their neighbour, Uganda losing its sovereignty by surrendering the country’s only international airport to the Chinese masters. Thus, they have started to push back. The bribery escapade may expedite the process where the local militias might take an even aggressive and violent approach towards the Chinese.