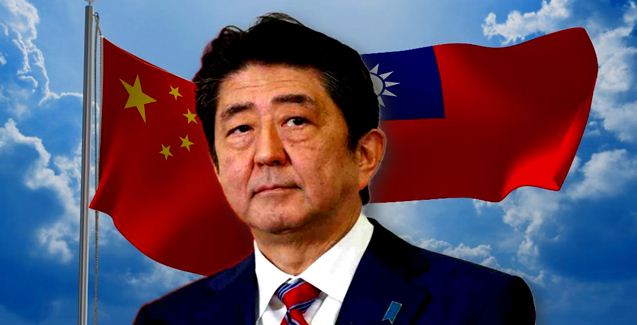 The frequency with which things are unfolding in Eastern Europe will have for sure a significant impact on the rest of the world. One farsighted leader has already issued statements, that direct his country towards a more pragmatic way to deal with the unpredictable world we have just entered in 2022. On Sunday, the former Japanese Prime Minister Shinzo Abe said Japan should consider a nuclear-weapons sharing agreement on par with that of NATO member states.

The statement was out of genuine concern as the United States, NATO, and its allies have all shifted their attention to Russia, leaving China off the hook. Even Japan has been drawn into Eastern Europe’s spiralling tensions, at a time when Tokyo and Moscow were attempting to address bilateral disagreements and establish an understanding against China. This particular situation made Abe-san make another significant statement. He also stated that the U.S. should abandon its ambiguity on the question of Taiwan.

For Shinzo Abe, the issue of the sustenance of democracy in Taiwan and deterring any threat emanating from China tend to be more personal as he has always stood up for the Taiwanese people whenever they needed him and maintains a really good rapport with Tsai Ing-wen, President of Taiwan. One cannot understate the importance of every word spoken by the longest-running Prime Minister of Japan in post-war history.

The message of Shinzo Abe is very clear. Japan needs to move towards a more Asia focused alliance. It needs to focus on energies and finances towards developing sustained security alliances with countries that have literal skin in the game when it comes to Indo-Pacific and Asia. With these statements, Abe-san has set in motion a realignment, where we can see Japan coming closer to India, Australia among other nations in the region. So much that these countries may even cooperate even on nuclear weapons partnerships.

An open warning to Joe Biden

The abject surrender of Afghanistan to the Taliban last year, and straight to now, leaving Ukraine in a lurch, the US-led international order has become a thing of the past and the faster it takes the allies to realise this, the better they will be positioned to sail through these tumultuous times. A nation like Japan, which is surrounded by nuclear-powered adversaries understands perfectly that Pax-America has ended.

Read more: India-Russia-Israel-Japan: The Quad that will become a reality in the next 10 years

Abe-san, who stepped down in September 2020 due to health considerations, provoked a diplomatic row late last year when he said at a forum that a “Taiwan emergency” would be a crisis for Tokyo and the US-Japan alliance.

Now speaking on a Fuji TV morning talk show, he said, “it is time to abandon this ambiguity strategy. The people of Taiwan share our universal values, so I think the U.S. should firmly abandon its ambiguity,” adding that “a Taiwan contingency is a Japan contingency.”

While this was significant in itself, he also addressed the requirement of the nuclear deterrent in the 21st century. While this has been a hot potato topic till now, the Russia-Ukraine conflict has changed the dynamics among the policymakers in Japan. NATO’s nuclear sharing agreements allow the United States to keep its nuclear weapons in Europe. He stated that many people in Japan are likely unaware of the system.

Also read: Shinzo Abe sends out a stern message to China, but it’s meant for Biden

Japan has already embarked on a relatively independent foreign and security policy. It understands very well that going ahead, it would need to focus its energies on making the nation militarily soo capable that there is no scenario where it helplessly depends on the US for its security guarantees. For that, it needs to make sure while on one hand, it decreases its dependence on the US and the other hand either develop nuclear capabilities or make NATO-like nuclear weapons sharing agreement to deter any possibility of Chinese incursion.

With a massive increase in its defence budget, Germany begins the end of NATO